I’ll be honest, there aren’t any mainstream vegan TV shows, at least not yet.

But there are (and have been) some vegan shows that are worth the watch. Most of them are of course cooking shows, but a few are not.

I’ve put together a list of vegan TV shows, although the line between TV and YouTube channel is a bit blurry in a few cases.

This is intended to be a complete list, so if I somehow missed one, please let me know.

The shows are listed mostly from newest to oldest.

The plant-based network isn’t a show, it’s a network (duh).

It’s a free and easy way to watch several shows that feature vegan chefs, instead of having to track all those shows down yourself. 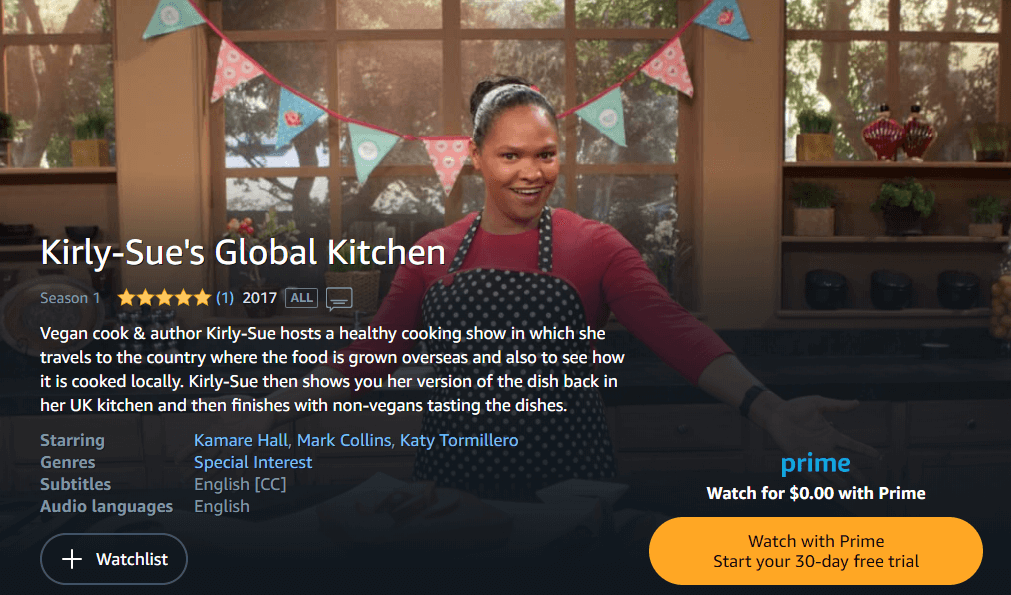 It’s a show where Kirly-Sue (a vegan cook) travels around the world trying vegan dishes and seeing how they’re made.

New Day New Chef is a plant-based cooking show on Amazon Prime’s streaming service, you can watch it for free if you have Prime, or buy each episode individually.

It features Jane Velez-Mitchell, a vegan author, who hosts chefs from around the world as they make different vegan foods. 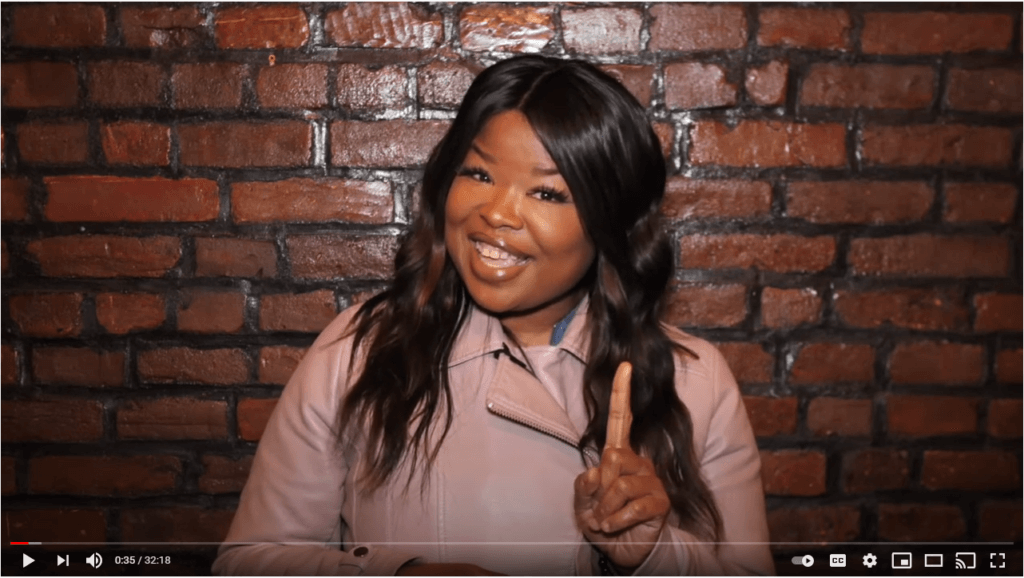 VeganPopEats is a free YouTube show where host Angela Yvonne showcases trendy vegan places and meets with their staff to explore the stories behind them.

There are 3 seasons of The Vegan Roadie on YouTube (no more are being made).

The episodes have high quality production, and they go around exploring vegan restaurants in different cities. The first 2 seasons are based in the U.S., while the last season is in Italy.

I’d classify this as a show/YouTube channel, but there’s a lot of great vegan recipe videos.

There are occasional videos on other vegan-related topics, like grocery shopping or health in general.

This is a rare vegan lifestyle TV show, hosted by Nafsika Antypas. You can watch it free on YouTube.

Each episode covers a different topic. Sometimes there are interviews with experts, others focus on recipes, and some even cover design.

The Jazzy Vegetarian has 6 seasons and counting.

It’s hosted by Laura Theodore, who makes videos on vegan recipes and eco-friendliness.

A produce of The Biggest Loser, JD Roth, created The Big Fat Truth with the vision of a plant-based reality TV show.

It obviously has a pro-vegan stance, and the episodes focus on why a vegan diet can be the healthiest choice.

There’s 6 episodes (1 season) for now, but it’s uncertain if there will be a season 2 yet.

This is the only show that I came across that is specifically made for kids. It’s basically a talk-show for kids that focuses on vegan-related topics.

Obviously not the highest production quality, but what kids show is?

There’s 2 episodes as of the time of this writing, both available on YouTube, we’ll see if it continues. 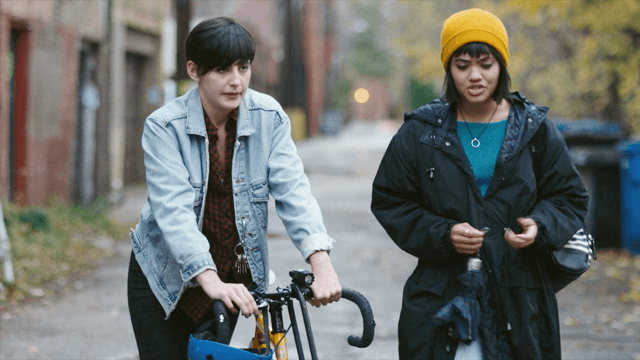 This isn’t a show, but a single episode.

I included it because it’s the only vegan-focused TV episode on mainstream TV.

It’s an episode of the Netflix show “Easy”.

The show itself follows different couples in each episode, but some couples appear in more episodes than others. It’s possible that veganism will come up again in future episodes.

The Urban Vegetarian is a bit hard to find to watch.

It’s a half hour show hosted by Desiree Nielsen. Each episode focuses on a complete day of food (breakfast, lunch, dinner, treats).

Giada creates a ton of great vegan recipes in these videos. There’s still a few new ones released occasionally, but the show is mostly done.

Finally, How To Live To 100 was a short-lived show in 2013 with 4 episodes hosted by chef Jason Wrobel.

It was shown on “The Cooking Channel”, but I guess didn’t quite do well enough to continue with.