I couldn’t find any published data on this question, but I can speculate based on my experience.

What I’ve seen is that most vegans are “pro-choice”.

Most vegans tend towards the liberal side of the political spectrum, and abortion is an issue that is more affected by political views (which are tied to religion) than anything.

However, there are some vocal vegan groups that are pro-life in certain areas, so there’s also a regional aspect to consider.

The only aspect of veganism that I can think would be applicable here is that vegans believe that all individuals should have the right to live their life.

But this doesn’t really change most people’s views on abortion.

Whether or not you are pro-choice or not typically depends on 2 things:

It’s very hard to make a scientific argument that a fetus has any capability to think or feel pain in the first 2 trimesters, which are when the vast majority of abortions are done.

Here’s a graph of the frequency of abortions in the U.S. in 2004 by trimester: 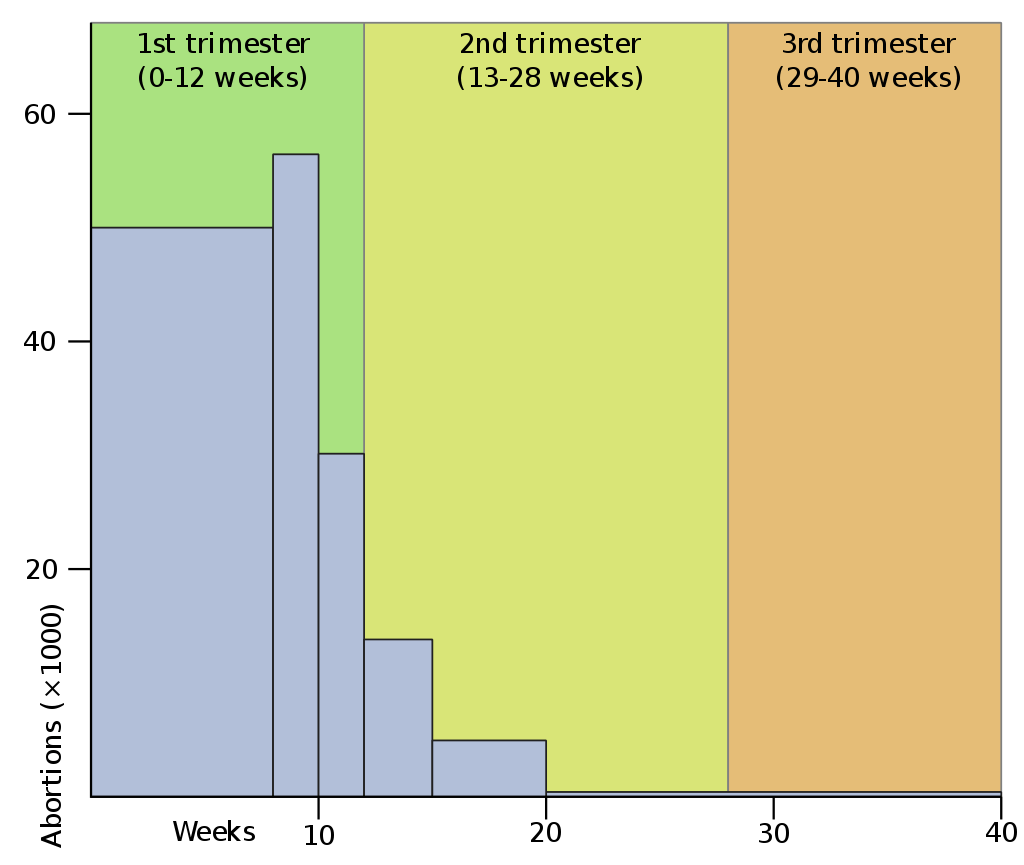 Most people, whether “pro-life” or “pro-choice” are against late-term abortions, unless the mother’s life is at risk.

Anyways, VegFAQs is about veganism, not abortion. There are plenty of other sites dedicated to discussing it in more detail if you’d like, but I’ll stop here.