There are 2 things that make seitan hard to find in grocery stores.

First, it’s not that common of a food to stock. Most grocery stores have some seitan these days, but only “health” food stores and stores like Whole Foods Market have a good selection.

Second, it’s rarely called “seitan,” because no one other than vegans have even heard of it.

These days, you can find at least some seitan (or vital wheat gluten) in most grocery stores.

For the best selection of seitan products, try:

It won’t be called “seitan,” but you’ll find it in the “fake meats” section, usually found with the tofu, but sometimes there’s a freezer section as well. 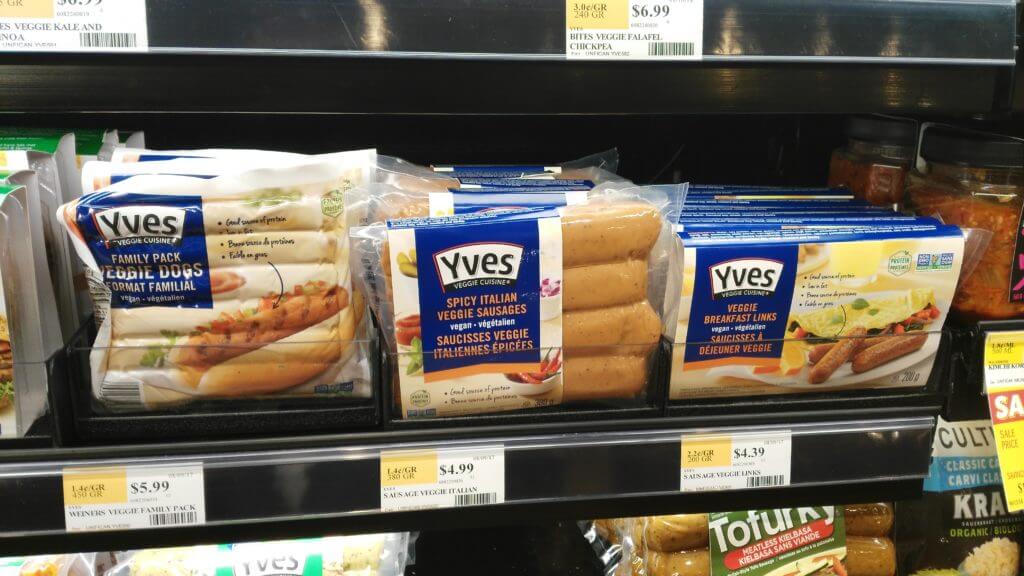 Almost all vegan meat alternatives are either made from soy or vital wheat gluten (the main ingredient of seitan).

Look on the ingredients list to find which ones are in fact seitan, even though they won’t be labeled as such.

For example, Tofurky (the company) makes a lot of fake meats from vital wheat gluten, whereas Gardein focuses more on soy. 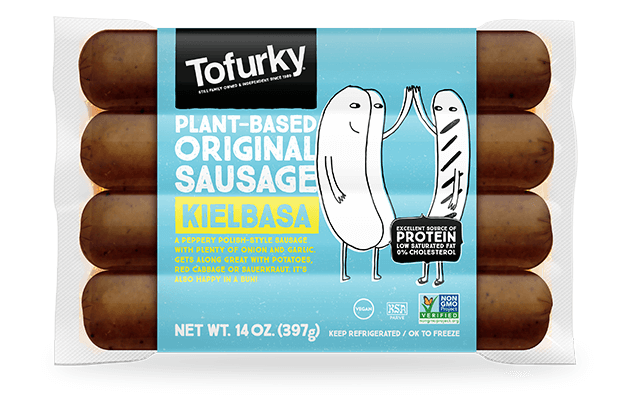 The main ingredient of their sausages and roasts  is vital wheat gluten. However, there are other ingredients like tofu mixed in as well.

It’s hard to find a brick of seitan that you might make at home.

You may not have many options in your typical grocery store, so I’d recommend heading to Whole Foods or a local “health store” to increase your chances of finding seitan products.

Where to Find Vital Wheat Gluten in a Grocery Store 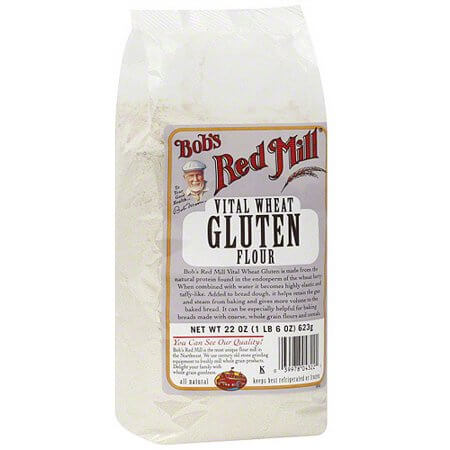 Personally, I’d rather make my own seitan, I find it tastes better and is a little bit cheaper too.

For that, you’ll need vital wheat gluten, which you’ll find in one of 2 places:

Bob’s Red Mill’s vital wheat gluten is by far the most popular brand, so look for the bag pictured above. It may or may not say “flour” on it, either way it’s the same thing.

The Easiest Way to Make Your Own Seitan

Initially, I was scared away because many of the recipes I found seemed complex.

But after more searching, I found a few recipes that are not only easy to make, but taste great as well. You can find good ones on this page of seitan recipes.

The absolute easiest seitan recipe I’ve found is The Infamous Seitan Recipe o’ Greatness. You mix the ingredients together in a bowl, form a roll and wrap it in tinfoil, then pop it in the oven. 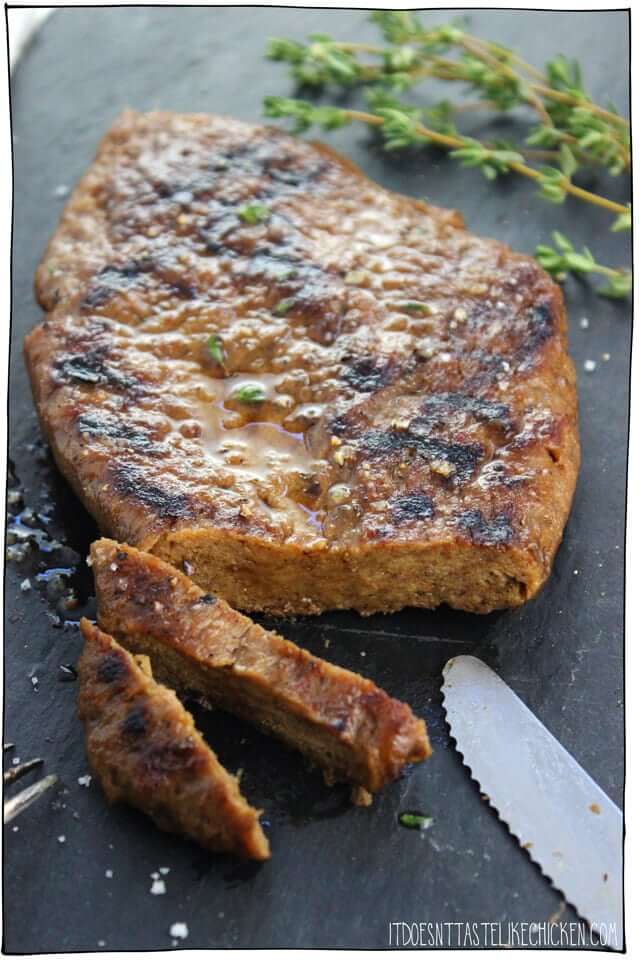 Once you make it a few times yourself, the other recipes don’t seem so scary. When you’re ready to make seitan that requires a little more prep time, this vegan seitan steak is great.

Seitan might not be the most convenient vegan food, but when it comes to vegan sources of protein, it can’t be beat.

If you look at seitan nutrition data, it also gives you some extra nutrients (particularly recipes that include nutritional yeast).