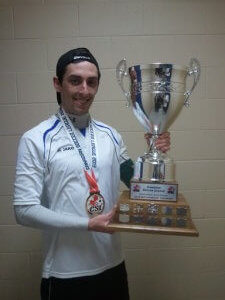 Hi, my name’s Dale, born and raised in the Greater Toronto Area.

That transition wasn’t easy, mainly because most of those searches were unsuccessful. Either there just wasn’t an answer to a question I had, or it wasn’t clear and just left me more confused and overwhelmed.

Later I became aware that many people stop being vegan simply because the change is too hard.

Enter VegFAQs, my attempt to make it easier to go vegan.

My experience as an engineer (helps for researching), freelance writing, and going vegan put me in a unique position to write research-backed answers to the questions that new vegans often have.

Since then, I’ve contributed to other well-known sites to help them appeal to vegan readers, including:

I’ll keep going until either everyone’s a happy vegan, or I run out of questions to answer, we’ll see which one happens first.