In small servings, cherries only carry a minor risk of excessive gas.

However, it’s incredibly easy to eat a ton of cherries at once, which I know from experience.

If you do eat a lot of cherries, there is a good chance that they will cause some bloating and gas due to a few things like fiber and fructose in them.

By the end of this short post, you’ll understand exactly why cherries might cause you gas, how to confirm it, and what you can do about it.

Most people don’t understand what causes flatulence, but it’s really not complicated.

Almost all fats and proteins are easily digested in the small intestine.

However, some carbohydrates are not. Fiber is one of those that you’re probably familiar with.

These carbohydrates are passed to the lower section of the gut where they ferment and produce gas as a byproduct. If this gas builds up, it causes bloating. Eventually it needs to leave, and it typically does so in the form of flatulence.

Foods like fruits and legumes usually have quite a bit of fiber, which is why they are associated with farting.

Cherries Have a Decent Amount of Fiber 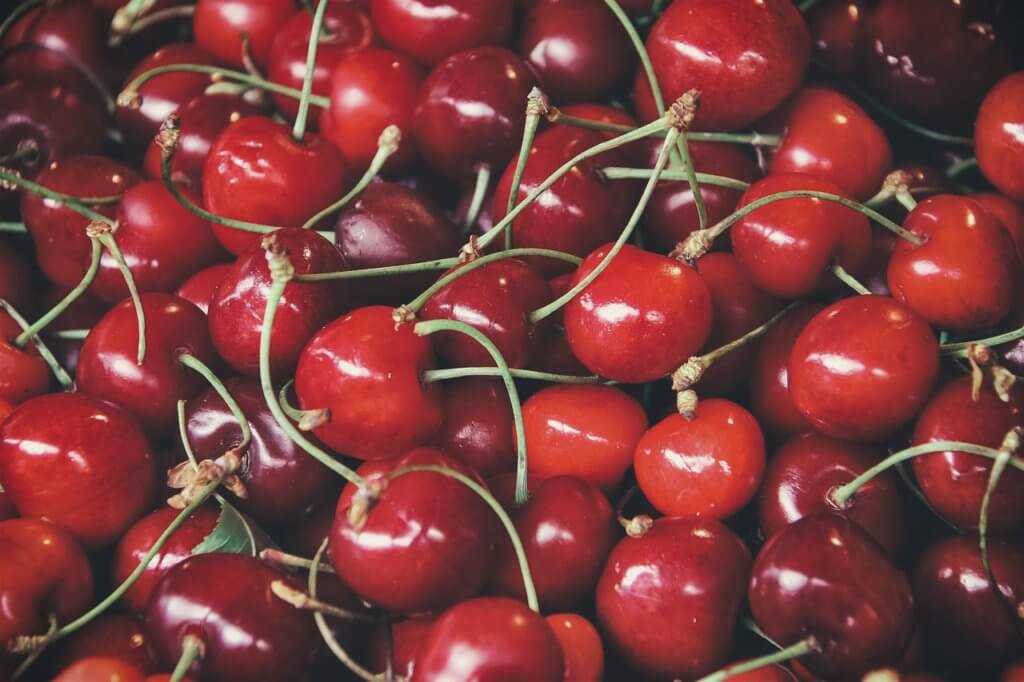 Cherries don’t have a ton of fiber compared to other foods that are actually high in fiber.

However, it’s a lot easier to eat a kilogram of cherries compared to something like beans.

The nutritional data below is for 100 grams of cherries (about 12 of them).

I know that I’ve eaten at least 10 of that serving size at once, which would add up to 21 grams of fiber or so, which is quite a bit.

For reference, adults are supposed to aim for 20+ grams of fiber per day, so a large amount of cherries can easily exceed that minimum limit alone.

As we saw above, cherries contain a ton of carbohydrates, and most of this is sugar.

Most sugar is actually easy to digest (i.e. glucose). However, some sugars like fructose are hard to digest, and often end up fermenting in the large intestine and creating gas.

The table below shows a detailed carbohydrate breakdown in 100 grams of cherries that I pulled from a study.

I split it into 2 sections because there are 2 things that I want to point out:

Cherries have quite a bit of fructose, which adds up quickly over multiple servings. Some people handle fructose better than others, so whether or not this will cause issues varies based on the individual.

The other concerns are the sorbitol, xylitol, and fructooligosaccharides (FOS). These are both polyol oligosaccharides, which is simply a type of carbohydrate that is tough to digest.

They are considered a FODMAP, which causes stomach issues in quite a few people.

Can You Reduce the Amount of Gas Cherries Give You?

We saw that the gas and bloating that cherries can cause are attributed to:

You can’t exactly take fiber out of whole cherries unless you want to make juice.

Chewing more may help you digest cherries a bit easier, but it likely won’t make much of a difference unless you’ve been swallowing them whole.

The only real solution is to eat fewer cherries per serving. It’s not a particularly fun solution, but that’s it.