Adzuki beans and black beans are fairly similar to each other, but do have some differences.

I’ll go over the main ways they differ when it comes to taste, nutritional value, and when to use them.

Even though adzuki beans and black beans are a very similar size, the taste is significantly different if you pay attention to it:

Can I Use Adzuki Beans Instead of Black Beans? 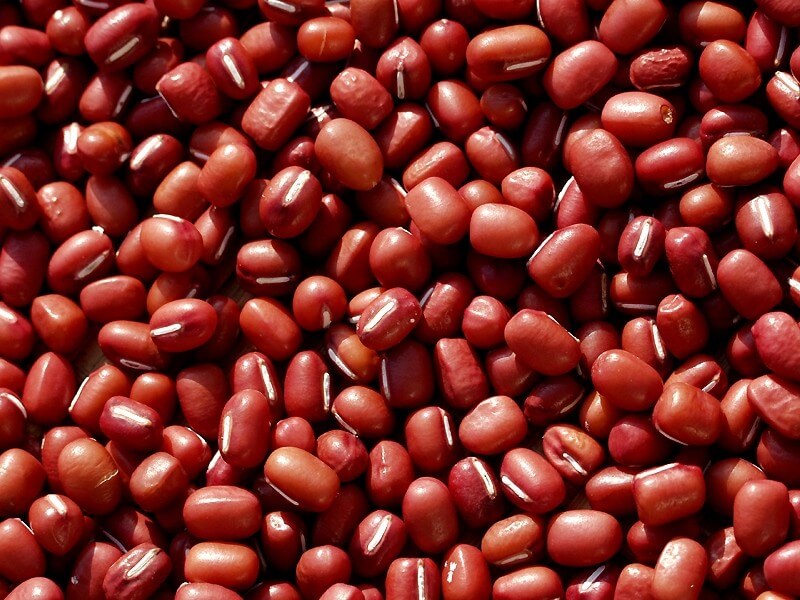 In most cases it’s okay to substitute one of these for another if you’re in a pinch. However, adzuki beans substitute better for black beans than the other way around.

For example, chili often incorporates both black and red beans. And although adzuki beans aren’t the most traditional red bean, they share enough of the defining qualities to fulfill the role.

The big exception is when it comes to dessert recipes that include adzuki beans. You can’t really substitute any other bean and expect comparable results.

I have compiled the main nutritional information for adzuki and black beans and put it side by side here.

The overall macro profile of each bean is fairly similar:

However, if you’re eating 2 cups or more, some of the differences do add up.

The big differences are:

Since most people incorporating beans into their diet often want more protein, black beans are arguably better suited for most diets. Two cups of black beans have roughly 5 grams of extra protein.

Legumes are great sources of minerals.

Note that the RDA amount is a general RDA for adults. Use it for a general reference, but different genders and age groups will have different actual RDAs.

While the differences aren’t huge, we can see that:

If you’re not worried about any of those nutrients in particular, then I wouldn’t worry about it.

Do Adzuki or Black Beans Cause More Gas?

Beans often give people stomach problems, especially if they’re not used to them.

Let’s see if either bean is better than the other by looking at the 2 main causes of gas from beans:

Adzuki beans might be slightly easier to digest than black beans because they have less fiber, but not by a large amount.

What Are the Differences Between Adzuki Beans and Black Beans?

There are a lot of similarities when it comes to the size and nutritional value of the two types of legumes.

However, there are a few small differences that make each bean better suited to certain types of meals and diets:

Both are great sources of vegan protein, and can provide some variety when you get sick of one or the other.