If you see a recipe that needs agar powder, can you use agar flakes instead?

You can, but you’ll need to convert the amount.

I’m going to quickly go over everything you’ll ever need to know about agar agar in this short post.

What is Agar Agar? 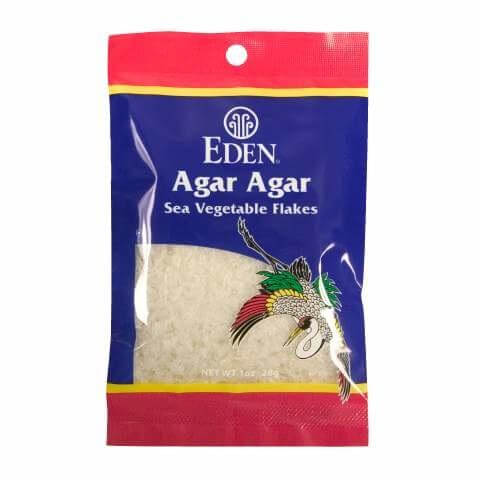 Agar agar is a mix of carbohydrates derived from Red Sea algae (seaweed) that are considered fiber, so it is extremely low (virtually no) calorie.

When agar is mixed with water, it forms a jelly texture, very similarly to gelatin. However, since gelatin is derived from slaughtered animals, agar agar is typically used as a vegan substitute for gelatin.

You can find agar agar in most grocery stores these days. But if you’re having trouble finding it, look at Asian grocery markets, health food stores, and online stores in your region.

Is Agar Powder The Same As Agar Flakes?

Other than being different sizes, agar powder is the exact same as agar flakes. They are both derived from seaweed with no other ingredients required. Since agar powder is often cheaper than flakes, it’s a bit more popular.

What Are Agar Flakes and Powder Used For?

Agar flakes and powder both dissolve fairly easily in liquid in order to form a gel-like substance. Powder dissolves the fastest, while agar flakes may require blending or heat to get a smooth result. 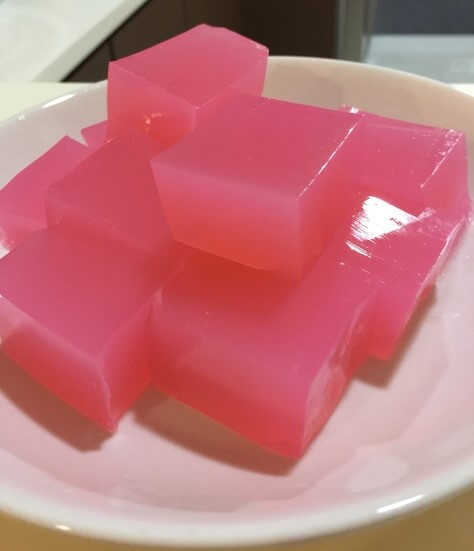 Since agar is plant-based, it’s a great vegan substitute for gelatin and is used in recipes like:

Can You Substitute Agar Flakes for Agar Powder?

You can substitute agar flakes for powder, but not in equal amounts. Powder is more dense, so you’ll want to use a ratio of anywhere from 1:3 to 1:5 in terms of powder:flakes.

While you can use a pestle or back of a spoon to grind the flakes into a powder, you don’t need to in a recipe that calls for liquid as the agar will dissolve (once blended or heated).

However, if agar isn’t fully dissolved in either form, it will affect the smoothness of the recipe.

Can Agar Bars or Strips Replace Flakes or Powder?

While less common, it’s possible to find agar bars for sale as well. These should be blended up into small flakes before using them in a recipe calling for agar powder or flakes.

How Does Agar Agar Replace Gelatin?

Agar agar can be used as a direct substitute in just about all recipes that include gelatin. Agar powder can be used in a 1:1 ratio, while agar flakes should be used in roughly a 1:4 ratio (gelatin to agar).