Vegan cheese, also referred to as “Gary”, can be a strange thing if you’re not used to it.

The taste isn’t quite as good as “real” cheese still, but it’s come a long way in recent years.

To give a look at what to expect, I made a few vegan grilled cheese sandwiches with a few of the most popular vegan cheese slices: Chao (my personal favorite), and Earth Island. 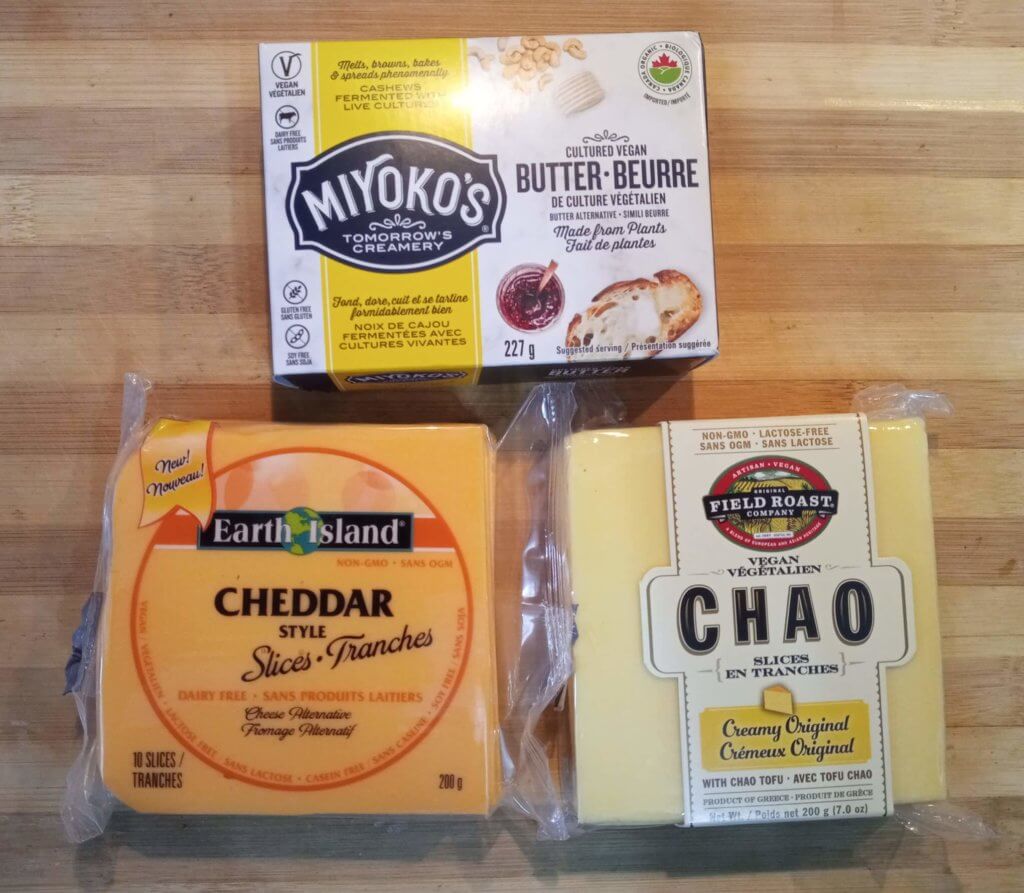 I’m not a great cook or food photographer, but the sandwiches still turned out pretty good in my opinion. I’ll give you a close-up look at how well the cheese melted.

Here’s the finished sandwich using a single slice of Chao. I wouldn’t recommend using more than 2 slices max per sandwiches, you definitely don’t want to overdo vegan cheeses in general. 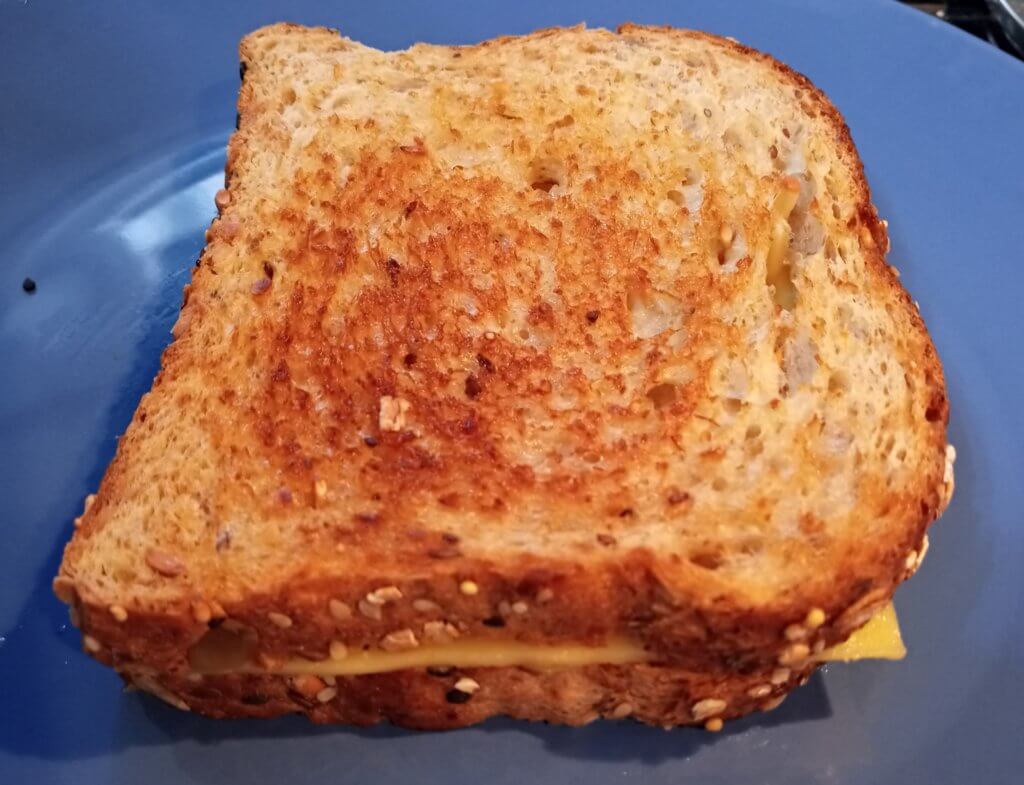 From that view (the bottom edge), you can see that the cheese slice is glistening a bit. It’s heated, but not excessively melted.

The more important view is how it looks inside, so here’s what the sandwich looks like when cut open. 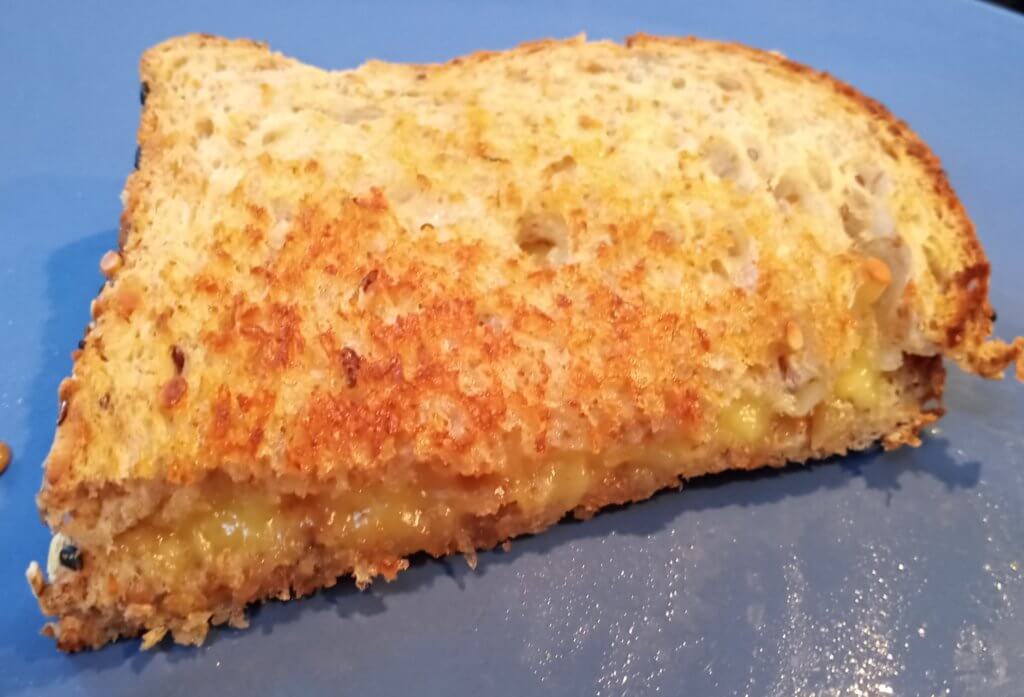 You can click the picture to see a larger version if needed.

The Chao cheese is definitely melted.

Here’s another close-up of the inside: 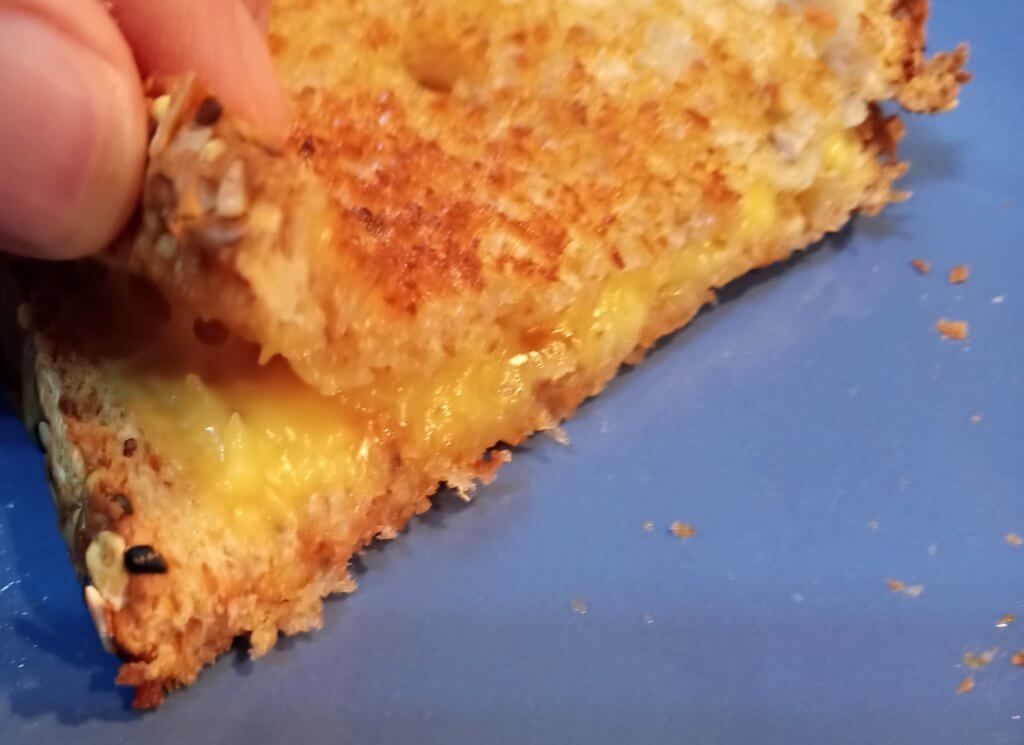 So while it is melted, it won’t have the typical “stringy” texture that dairy cheese has. It’s more clumpy and gooey.

That being said, the sandwich still tasted great, and fairly similar to how grilled cheese made with dairy tastes.

I made this sandwich with an Earth Island “cheddar” slice right after the Chao sandwich.

I used the same process, but it’s clear that this one didn’t melt quite as well: 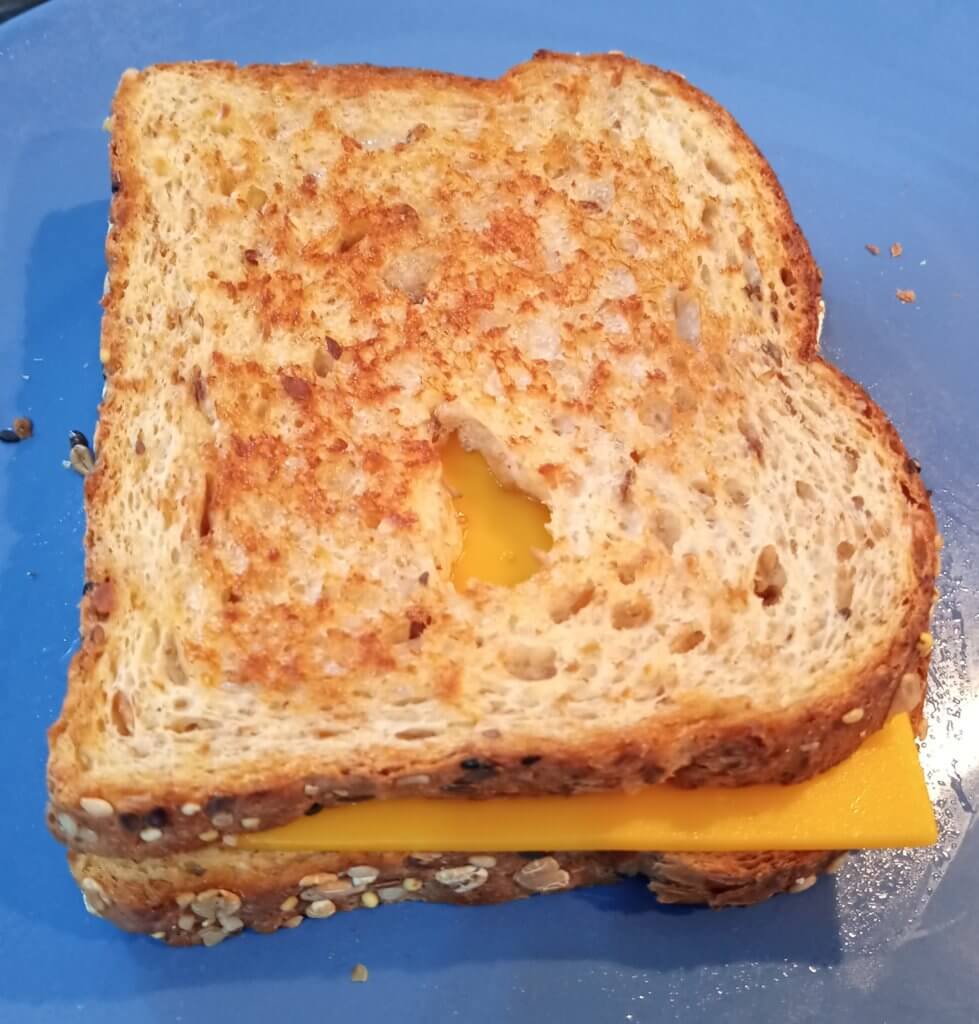 But while the outside doesn’t look too great, the inside was definitely melted: 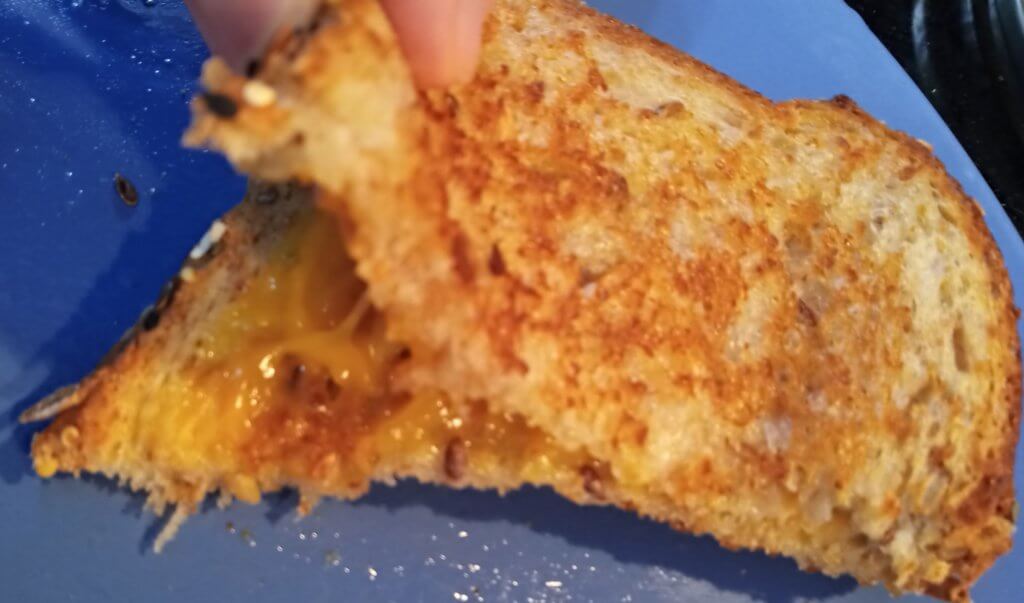 I would say this one was even “gooier” than the Chao cheese, which isn’t a texture that most people are aiming for.

The taste was fine, definitely not bad, just not amazing.

I did only test 2 brands of vegan slices, but they both did melt to a decent degree.

More importantly, they tasted good too.

There’s still a lot of room for improvement when it comes to vegan cheeses that melt, but I think they do a good job if you’re really craving something like a grilled cheese or have a good vegan grilling recipe to try out.