You’ll find it mainly in drinks like soda, but also in a variety of foods.

Whether or not it’s vegan depends on what sweetener it was made from.

Read on to learn why.

How is Caramel Color Made? 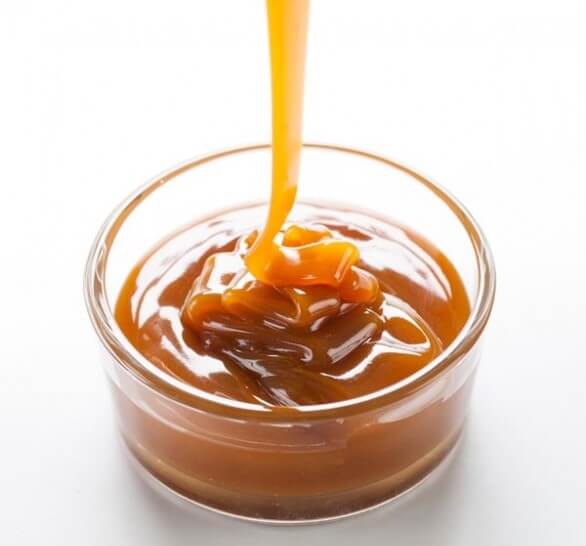 Caramel color is made by heating carbohydrates (i.e. sugar), which is the caramelization process.

Typically there’s some acid or salt present as well, but none that wouldn’t be vegan.

So the question really becomes, is the carbohydrate used vegan?

Commercially, many different sweeteners are used to make caramel color:

Most of these are always vegan, which means that caramel color is typically vegan.

But the one potentially non-vegan sweetener is sugar.

I’ve written a whole post on whether or not sugar is vegan. Long story short, some sugar is vegan, and some isn’t. In North America, a significant portion of white sugar is processed with bone char (from cows) in order to make it as white as possible, which isn’t vegan.

Is Caramel Color Made From White Sugar (processed with bone char)?

In reality, there isn’t a standard starting sweetener, all of the ones on the list above are used depending on who manufactures the caramel color.

But because the color of the starting sweetener isn’t important for the caramel color, it’s not like white sugar specifically is needed.

All we can say is that a small portion of caramel color may be created using non-vegan white sugar.

Personally, I believe it’s a very small amount, but I’m sure there’s some non-vegan caramel color out there. Unfortunately, I couldn’t find any sources that gave more specific answers.

Unless you’re incredibly strict, I think it’s reasonable to assume that caramel color is vegan by default.

The Difference Between Caramel and Caramel Color

Don’t confuse “caramel color” with just “caramel”, which may or may not be vegan.

While they both start with the same process, caramel often has other ingredients, including dairy products.

Some caramel is vegan, while some is not.

For most vegans, it’s reasonable to assume that caramel color is vegan.

Only a fraction of caramel color is made using white sugar as a starting sweetener, and only a percentage of that is processed with bone char (not vegan).

Logically, since the color of the starting sweetener isn’t crucial, it seems even less likely that a sugar processed with bone char (used to whiten) is needed or used.

But there probably is some caramel color out there that isn’t vegan.

If you want to be 100% sure that the caramel color in a specific food is vegan, you’ll need to contact the manufacturer.