So far, figuring out whether or not Monster Energy drinks are vegan has been one of the trickiest products I’ve come across.

I had to do some serious digging and get in touch with Monster to track down all the ingredients, which are hard to find.

I’ve divided this post into the main product lines that Monster sells:

I recommend reading the whole thing, and not just skipping to a particular section. There are a few things that could be important that I mention once or twice, but haven’t repeated for the later sections.

I’ve also put together a guide to vegan energy drinks if you’re wondering about others like Redbull. 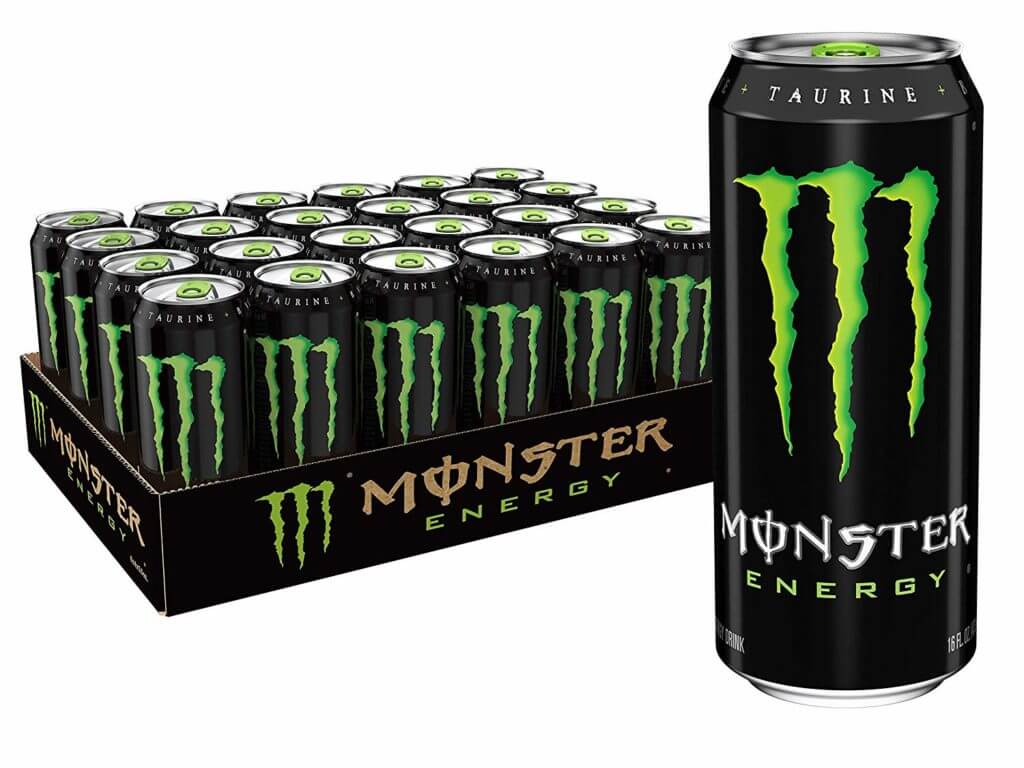 Let’s start where it all began for Monster.

Here’s the ingredient list for the original Monster Energy flavor:

There’s a lot of “chemical” sounding names that you probably haven’t heard of.

I bolded a few ingredients because depending on where they come from, they may or may not be vegan. Let’s go through each one-by-one:

So the question becomes whether or not those first 2 ingredients come from plant or animal sources.

There’s no way to know that, so I contacted Monster asking for clarification.

Here’s what I got in response:

We use no animal bi-products in any of our products line. However, they are not vegan certified.

While that’s not exactly crystal clear, it can give us quite a bit of confidence that Monster uses plant-sourced ingredients in the cases above.

Keep in mind that since I’m located in North America, the response is likely tailored towards North American Monster products.

Just to make sure this applies to the whole line of products here, I tracked down the ingredients of all the flavors/variations.

I won’t go over the full ingredient list for each here, but here are the main concerns for a vegan:

You can probably see the pattern, they are all basically the same formula with small differences.

Note that L-Carnitine L-Tartrate is just another form of L-Carnitine.

While there are a few ingredients that can come from plants or animals, it appears that all of the original Monster Energy line is vegan friendly based on the response I received from their customer service. 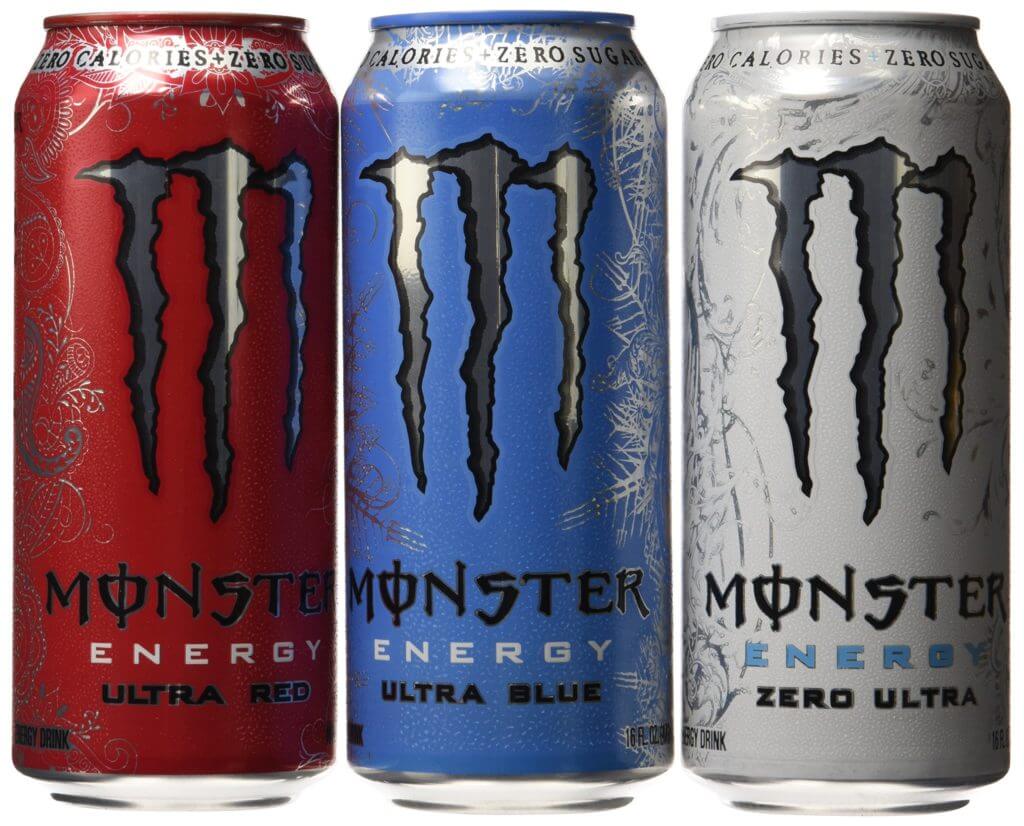 Moving on to the second most popular Monster product line: Monster Ultra.

There are 6 flavors of this product:

This is the main instance I was talking about when I mentioned that ingredients differ based on the country it’s being sold in.

For example, in the UK (and I believe all of the EU), there is cochineal (aka E120 or carmine) in Ultra Red (Source). However, if you look at the ingredients on Amazon.com (the U.S), there is no cochineal.

This matters since cochineal is not vegan, it’s made from insects. So, Monster Ultra Red is not vegan in the EU. However, Ultra Blue appears to be fine in the EU, so it will vary by flavor.

Just be aware of these differences, since I focused mainly on North America and could have missed other flavors that had important differences.

Back to the original question here…

Looking at the full ingredient lists for these flavors (in North America), there are a few similar potential non-vegan ingredients, which can either come from plant or animal sources:

These are the exact same potential issues as the classic Monster Energy drinks have, and they almost certainly come from the same sources.

If we trust the email response I received, then these ingredients come from plant sources.

Following that logic, all Monster Ultra flavors are vegan in North America.

While there are a few ingredients that can come from plants or animals, it appears that all of the Monster Ultra product line in North America is vegan friendly based on the response I received from their customer service. In Europe, Ultra Red at the very least is not vegan. 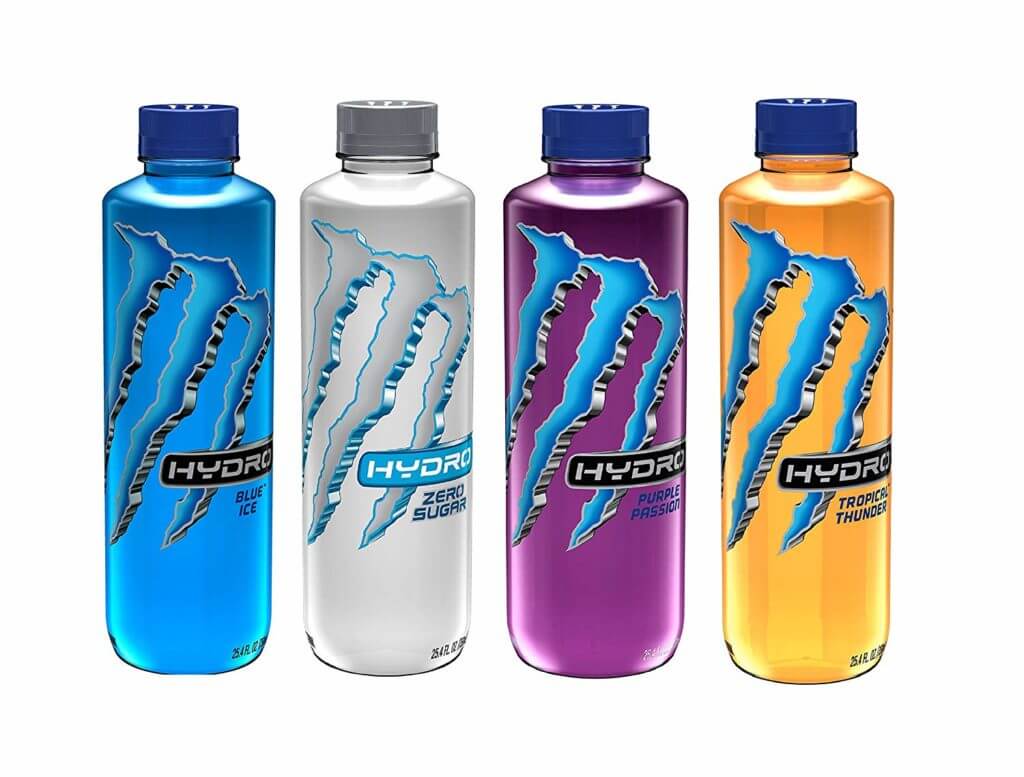 Monster Hydro is another product line that Monster produces. There are 4 variations that it comes in:

Again, they have similar ingredients to each other, and are pretty similar to the other Monster products.

The only difference is that they don’t have L-carnitine.

Still, there is taurine and natural flavors. These are ingredients that can come from either plant or animals sources.

According to Monster’s customer service, these come from plant sources, so it comes down to whether or not you trust them.

It appears that all Monster Hydro versions are vegan. 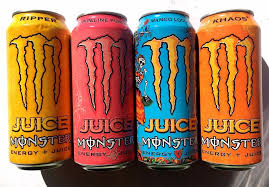 Let’s take a look at the ingredient list for Khaos:

The other 2 flavors have similar ingredients.

The only 3 potential issues for a vegan that I see are l-carnitine and the artificial colors added (which we looked at earlier), and “sugar”.

Again, according to Monster’s customer service, the L-carnitine is almost certainly from plant sources.

The reason that sugar might not be vegan is because sugar is often processed with bone char (from bones of cows typically). It’s not the biggest issue for vegans, but many do care, so I’ll let you make up your own mind on this.

All Juice Monster variations appear to be vegan friendly if you’re okay with taking a chance on sugar. 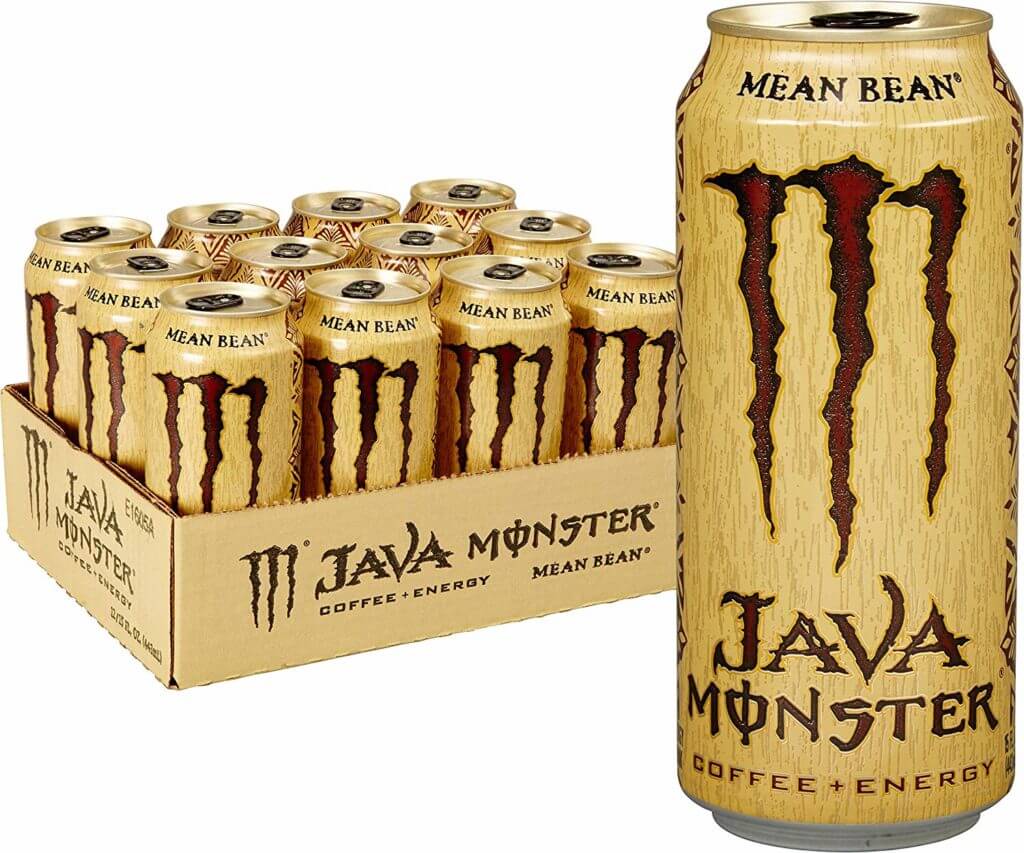 Finally, we have Java Monster, which comes in 3 main flavors (although I’ve seen others):

Looking at the ingredient list of any of these, and it’s clear that they are not vegan.:

The milk is the sole reason they wouldn’t be vegan, but I suppose they are vegetarian.

All flavors of Java Monster contain milk and are NOT vegan.

Rehab Monster drinks are Monster’s latest product line that tea-based, but are still packed with caffeine.

There are 3 main flavors for now:

While there are similarities to the other product lines, the rehab drinks have a significantly different ingredient list.

Most ingredients are clearly vegan, but there are a few that might not be vegan:

As we saw with the other product lines, this means they are likely vegan friendly, it’s just not guaranteed.

That took a few hours to track down all that and put it together, so I hope it was helpful.

I understand that parts of it could be confusing, so just leave a comment below with any questions and I’ll try to clarify things.

Let me try to summarize everything we went over:

Beyond that, every Monster product appears to have artificial colors (e.g., yellow #5, red #40), which some vegans avoid.

And finally, almost everything on this page is for Monster Energy drinks in North America. There are slight variations in ingredients in other parts of the world like Europe (e.g., Monster Ultra Red has carmine, which is not vegan).

There’s definitely some uncertainty behind most of these conclusions. I’ve given you all the information I could find, hopefully in a digestible way, and it’s up to you to decide whether you feel that the drink you’re interested in is vegan or not for you.