Vegan ramen is out there, but it can be hard to find.

There are currently 6 flavors of Top Ramen noodle soup.

Some are clearly not vegan: chicken flavored, beef, shrimp, and hot & spicy beef.

But two are not as obvious: the soy sauce flavor and chili flavors.

Side note: See my post on are ramen noodles vegan for other brands. 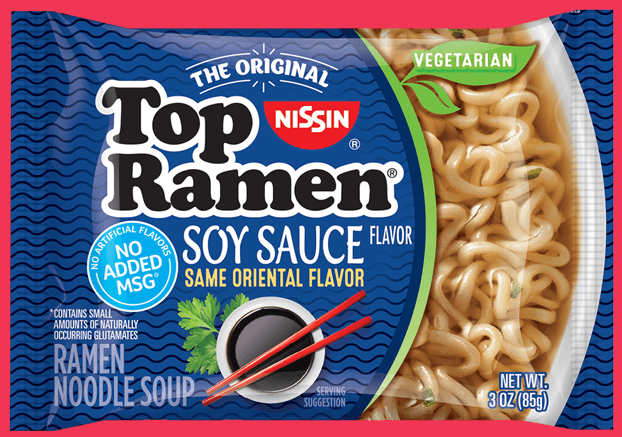 Top Ramen says this flavor of instant noodles is vegetarian, but is it vegan as well?

Let’s go through these one-by-one:

It’s up to you if you’re willing to take a gamble on it.

The Top Ramen Soy Sauce flavors probably vegan-friendly, but there’s a chance that it isn’t due to the sugar and caramel color. 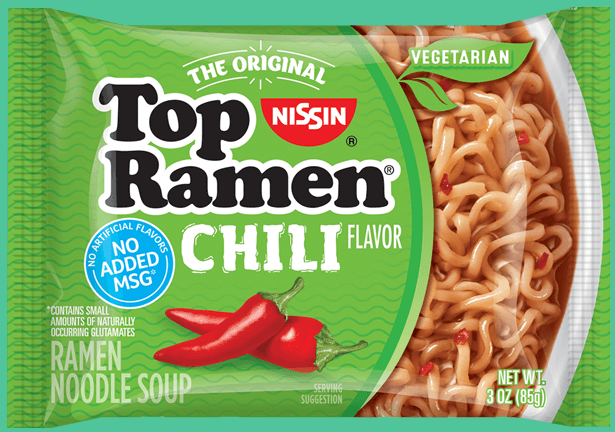 Again, this is a vegetarian flavor.

It has the same ingredients that worry me:

Again, there’s a pretty good chance that the chili flavor is vegan, but also a chance that it isn’t.

However, we can say that if you’re okay with palm oil, both the soy sauce (oriental) and chili flavors are possibly vegan. It’s probably even likely that they are.

But there’s a significant chance they aren’t, so it’s up to you if you’d like to take the risk.

The ramen noodle soup without the sauce is obviously vegan, but you can’t exactly buy them without the flavor packet.

If you want to be 100% sure that your instant ramen is vegan, you’ll either need to make your own, or buy a brand that clearly labels its products as vegan or not.

One popular brand of vegan ramen that you can buy online in North America is Dr McDougall’s Vegan Miso Ramen. 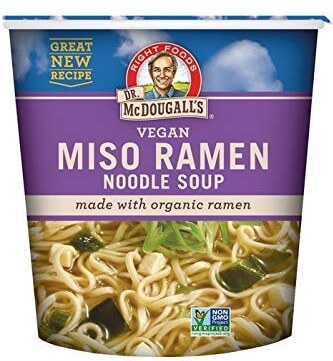 Just from the name itself, which has “vegan” in it, you know it’s a vegan option with a vegetable flavor.

The ingredients are also clearly vegan and devoid of any animal products.