Coconut milk and almond milk are two of the most popular non-dairy types of milks that have more recently become popular.

There are many types of coconut milk (canned, boxed, carton), which can have drastically different taste, texture, and nutrition. To make a fair comparison, we’ll be looking at almond and coconut milks made by Silk in refrigerated cartons, by far the most popular brand. 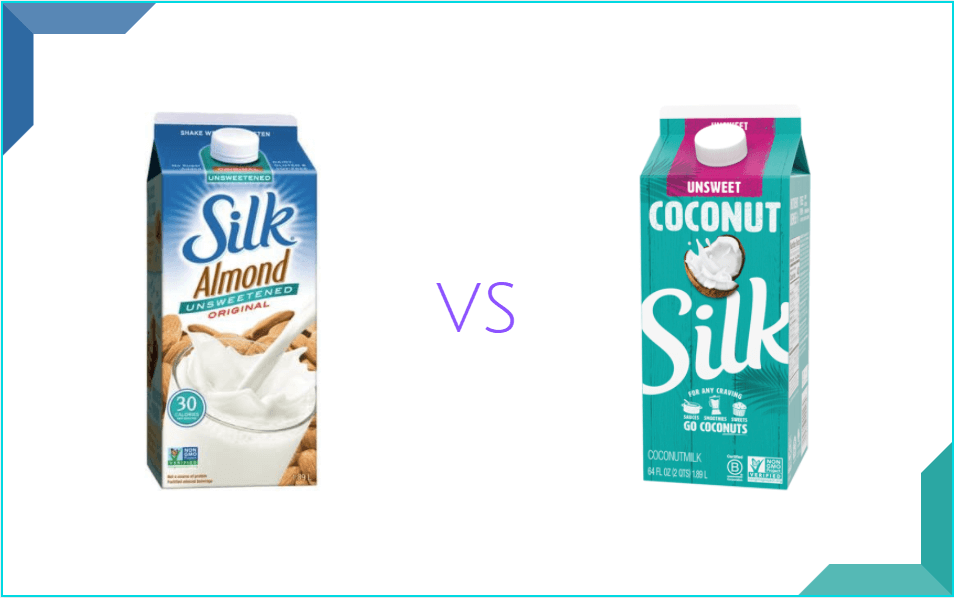 Let’s start by looking at the amount of calories and fat in each type of milk:

Almond milk is quite a bit lower in calories than coconut milk. This is mainly due to having less fat in it (and a small amount of protein instead).

Both are relatively low in protein compared to other vegan milks.

Which is Healthier: Coconut Milk or Almond Milk?

Both types of plant milks are relatively low in calories, and there’s no obvious unhealthy macronutrients like trans fats or added sugar.

So let’s go a little deeper by looking at the micronutrients in almond and coconut milk. We’ll look at the percent of daily value in 1 cup of each:

The only big difference is that vitamin B12 is added to Silk’s coconut milk, but not their almond milk. Other than that, the profiles are almost identical.

This will differ by brand, but not by that much.

Of those nutrients, there’s really only a significant amount of the 4 vitamins in them plus calcium. While vitamins are easy to get for health conscious people, calcium isn’t always easy to get, so that’s something that many people can benefit from.

So far, both almond and coconut milk seem healthy enough from a quick look.

There are a few other things that we might want to consider.

For almond milk, the main concern is:

For coconut milk, the main concern is:

These concerns are bigger when it comes to eating coconut and almonds themselves, since there really isn’t much of them left in milk (they essentially get watered down).

There isn’t a significant difference in the nutritional value of coconut milk vs almond milk. Both should be relatively healthy to consume in moderate amounts, however some people may want to avoid coconut milk due to the saturated fat content (if that’s something a doctor recommends in a certain situation).

There’s a reason that both coconut and almond milk are among the most popular non dairy milks.

Not surprisingly, if you like the taste of almonds, you’ll probably like almond milk. Similarly, coconut milk has a similar flavor to coconut, just not as strong.

Based on non-dairy milk sales, almond milk is the most preferred among the general population. 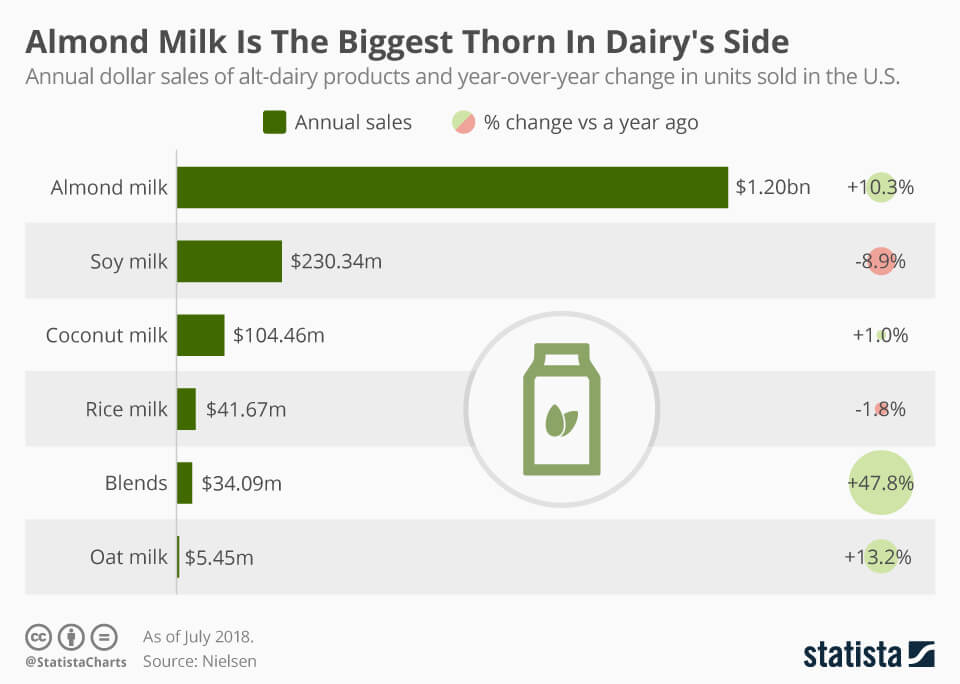 However, coconut milk makes up a decent portion of sales as well.

Which is Better For the Environment: Coconut Milk or Almond Milk?

Plant based milks are typically bought by environmentally conscious people. While both are way better than dairy for the environment, there is still some impact.

Here’s a brief summary of the potential environmental impacts of both coconut and almond milk:

This is a complex topic, and there’s a lot you can read on it. Some people don’t even consider almond products to be vegan, although that’s not the majority opinion.

Overall, coconut milk would be considered the more sustainable and environmentally friendly option. You can also get organic or fair trade coconut milk to ensure that it’s made sustainably.

What about other plant based alternatives?

More and more non dairy milks are showing up in grocery stores, which is great.

Without going into too much detail, here’s a quick overview of highlights for each:

To wrap things up, here’s a nice graphic that the BBC made of a study’s results on the environmental impact of different milks. 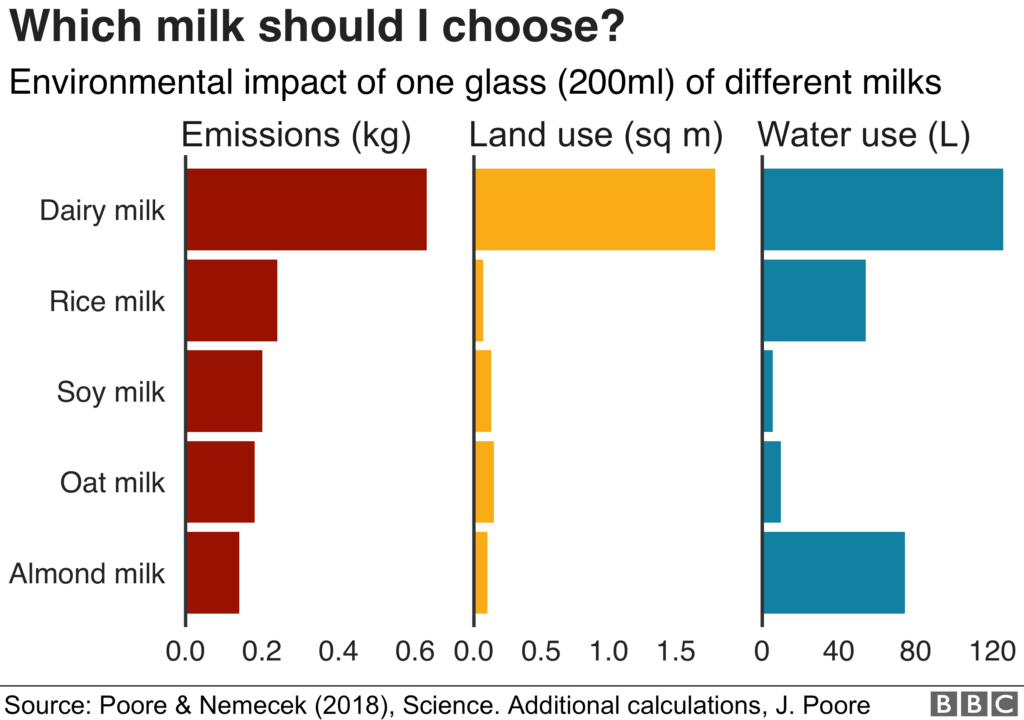 It’s pretty clear that if you’re concerned with the environmental impact of your milk, you can’t really go wrong with plant milk compared to dairy milk.