When most people switch to a vegan diet, they feel more energetic, or at least similar to how they felt before.

But the adjustment is a lot harder for some.

I see posts and comments often of vegans who report that they often feel tired, dizzy, weak, or hungry.

In most cases, there’s an obvious issue with their diet that is easy to fix. I urge you not to give up if you’re experiencing these symptoms.

There are 7 common causes of fatigue on a vegan diet. I’m going to explain how they cause tiredness, and the solution to each.

When you switch to a new diet that’s more restrictive than what you’re used to, it’s easy to miss out on important vitamins and minerals.

There are 5 vitamins and minerals that have been linked to fatigue:

So how do you diagnose a deficiency rather than just guessing?

There are 2 main options.

The best option is to get a standard blood test to see if you have any deficiencies.

If that’s not possible at the moment, use a food tracker for a week or so. A free one that I use is Cronometer. 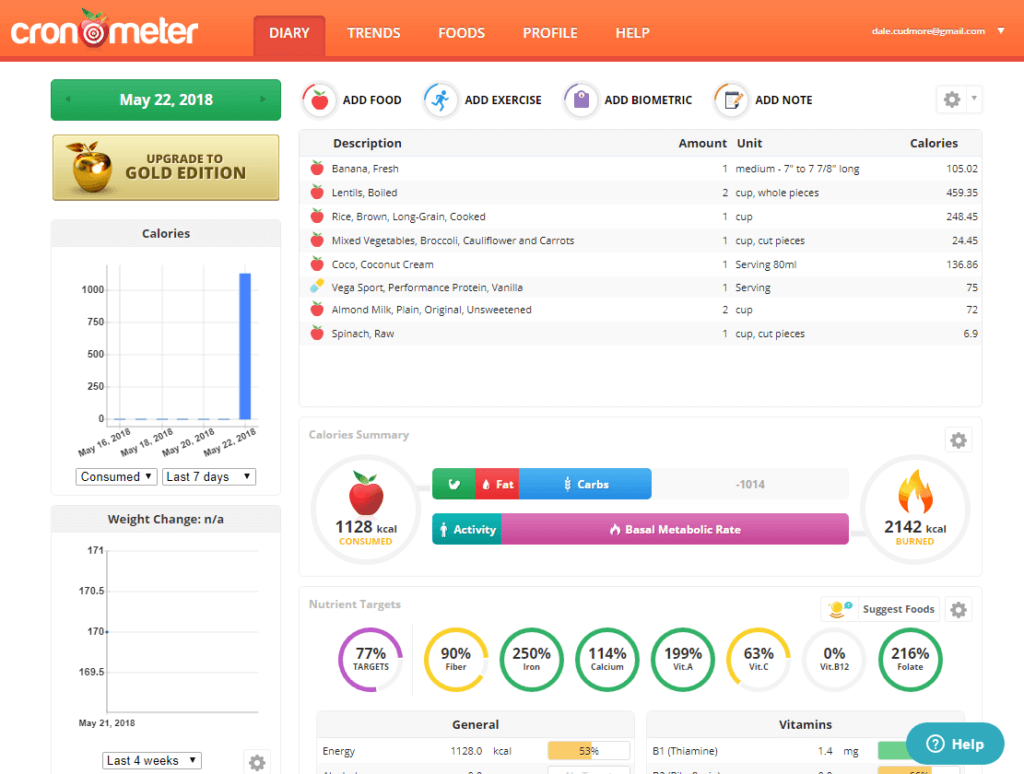 After setting up an account that takes into account your size, weight, and gender, you add in all the food you eat each day.

After a week, go to the reports tab of your account, and it will clearly show if you’re significantly lacking in any critical vitamin or mineral.

Alternatively, do some manual calculations of your daily intake of each vitamin and mineral, and then compare your intake to the recommended daily amounts.

Deficiencies in vitamin D, vitamin B12, magnesium, iodine, and iron have all been linked to fatigue. It’s very possible to be deficient in these on a vegan diet.

While protein deficiency isn’t likely on a vegan diet, it’s possible that getting less than an ideal amount could cause some tiredness.

Protein is especially important if you workout, as you’ll need extra to repair damaged muscle tissue. Studies have shown that a sufficient protein intake reduces fatigue.

Current scientific literature dictates that you should have a protein intake of 1.4–2.2 grams per kg of bodyweight if physically active.

In my experience, if you’re not eating a decent amount of legumes and lentils, it’s tough to hit this target.

This is often an issue with new vegans (it was for me), because you might not be used to eating those foods often. Here is a huge list of high protein vegan recipes that should make it easier.

Alternatively, you could also start incorporating a vegan protein powder into your diet for convenience. They take seconds to make, can taste good, and instantly give you 20-30 grams of protein.

You don’t need a ton of protein to be healthy, but it is possible to not get enough, especially if you only eat low-protein foods.

3. You Forgot About The Omega 3s

We’ve known for a long time that omega 3 fatty acids are important for good health.

Most people can only name one good source of omega 3s off the top of their head – fish.

If you haven’t specifically tried to include vegan omega 3 sources into your diet, you’re likely deficient.

It’s easy to sprinkle these on most meals, especially salads and cereals.

Low levels of omega 3 fats are linked to general fatigue, and it’s easy to not get enough omega 3 fats on a vegan diet.

4. You’re Eating Too Much “Junk” Food 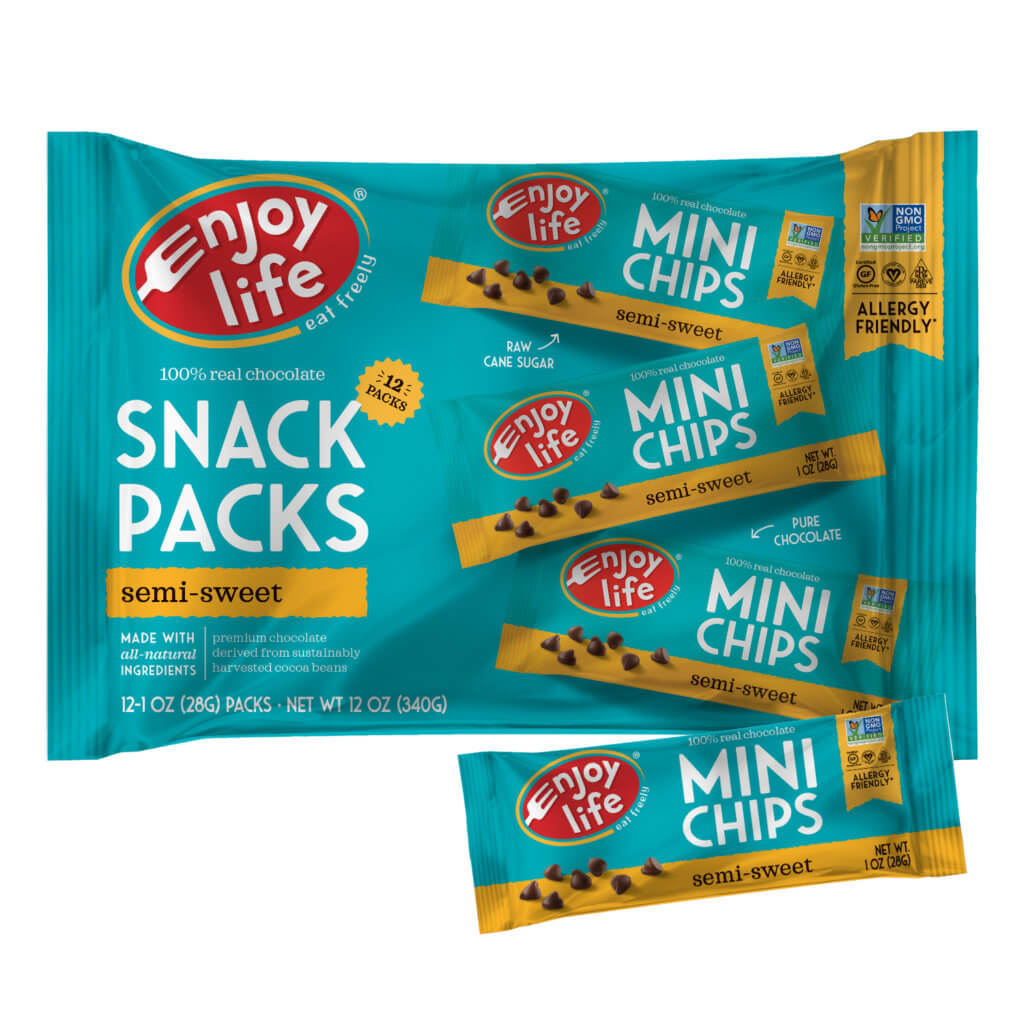 Everyone always thinks that vegans are healthy until they actually become vegan.

But there is a lot of sugar in many vegan packaged foods.

It’s very easy to eat nothing but unhealthy junk food that happens to be vegan:

Even some “fake meats” aren’t particularly healthy and shouldn’t be a staple of your diet.

Take an honest look at how well you’ve actually been eating since the switch.

Unhealthy foods in general can affect both mental and physical energy levels, and there are plenty of unhealthy vegan foods readily available these days.

This goes both ways. Some people switch to a vegan diet expecting to feel dramatically lighter and more energetic, and genuinely feel that they are. This is a placebo.

Other’s expect that they’ll be weaker, more tired, and sick. This is a nocebo.

Your mind is good at making these expectations become a reality if you let them.

The tricky part is that there’s no easy way to fix a nocebo, even if you recognize you have one.

The best way to attempt to deal with one is to realize it, and try to look at your diet from a different perspective.

For example, if you came in expecting to feel weak from a lack of protein, spend extra time researching and preparing high protein meals. This should allow you to expect to feel like your normal, energetic self.

So many people accidentally lose weight on a vegan diet because it’s easy to eat less than you’re used to.

You take out a bunch of foods, and then don’t replace them with a significant amount of vegan foods.

It can also be tough at first to eat enough because foods like vegetables and beans are very filling. You will get used to it in time as you eat more of them, although I understand the struggle at first.

Again, using a food tracker like Cronometer will tell you if you’re way under the caloric intake you should have.

When you’re eating less than your maintenance level of calories, you typically feel more tired as your body seeks to not burn excess calories. If you think this is the issue, eat extra food for a few days and see if you feel like you have more energy.

It’s important to realize that while diet is a common cause of fatigue, it’s not the only one.

Stress can cause adrenal fatigue, as can sickness, a lack of sleep, or depression.

It’s normal to have periods of life where you’re just a bit tired, and it may just coincide with your diet switch.

Reflect on recent events and changes in your life other than your diet switch. Could any of those be causing fatigue?

There are many sources of stress on a vegan diet, and stress has a direct impact on energy levels. There’s no quick fix, but starting activities like yoga, meditation, and even therapy can help long-term.

Switching to a vegan diet isn’t something that’s been rigorously studied, and can be very difficult.

It’s uncommon, and it’s going to come with obstacles.

But you can overcome them if you’re willing to put in extra work critiquing your diet and life.

Just about all cases of fatigue on a vegan diet will fall under one of those 7 issues we looked at in this post.

Now it’s your turn to take action and (hopefully) get rid of your fatigue once and for all.

Will My Energy Levels Go Up On A Vegan Diet?

The short answer is: your energy levels may go up on a vegan diet.

There are tons of anecdotes where switching to a vegan diet made someone more energetic, youthful, and happy.

But there are also anecdotes where someone becomes more lethargic and fatigued after going vegan.

What that tells you is that your energy levels depend on the specific foods you eat.

Consider the 2 diets, both of which are vegan:

It’s pretty obvious that the second one is better. You’d die at some point on the first “diet”.

And the same can be said for omnivorous diet. You can feel energetic and be healthy if you eat a diet like the second one with a bit of animal products mixed in.

What I can tell you is that if you eat properly, your energy levels will stay the same or go up on a vegan diet.

This post will explore the 5 main reasons why switching to a vegan diet may change your energy levels.

Protein Can Be Harder to Get

Animal products are arguably the most convenient source of protein there is.

Take that away, and of course it’s going to be harder to reach your protein goals.

Studies have shown that a diet deficient in protein is linked to higher body fat and less energy.

However, it’s still not difficult to get enough protein on a vegan diet once you get used to it.

The main challenge is learning the best ways to eat beans, legumes, and nuts, when you’re probably not used to eating them before.

But you will have to plan your diet if you want to ensure you’re hitting your protein targets.

There are tons of professional vegan athletes who have no problem getting enough protein.

Takeaway: While you can easily get protein on a vegan diet, it can be challenging at first. If you don’t specifically plan for it, you may be deficient and experience a drop in energy levels.

Most Vitamins and Minerals Are Easier to Get

This is the biggest reason that many people see a significant boost in energy when switching to a vegan diet.

If they didn’t eat many vegetables or legumes before, chances are they were nutritionally deficient in one way or another, leading to low energy levels.

One way to see this for yourself is to plug your typical diet into Cronometer (free).

It will visually show you if you’re meeting or exceeding your nutrient targets.

Here’s what a planned vegan breakfast alone can do: 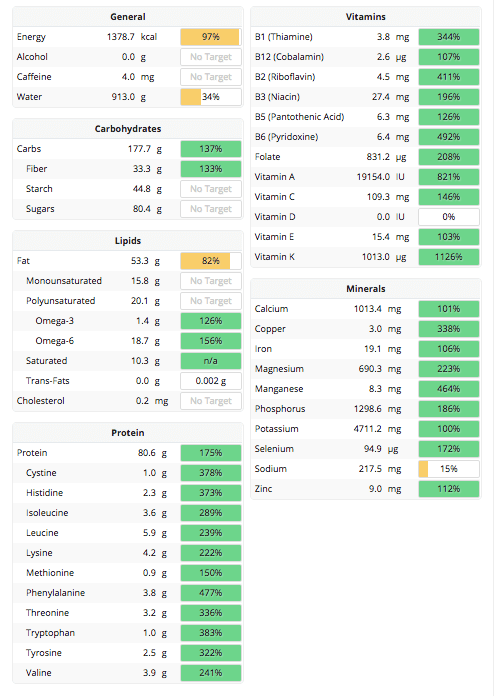 Takeaway: You’re much less likely to be deficient in most vitamins and minerals on a vegan diet than a traditional omnivorous diet. If you were deficient before, switching to a vegan diet may result in a big energy boost.

Fiber is in almost every plant (here are the top fiber sources), so it’s not surprising that vegans eat a lot of it.

One study showed that the average vegan has 47 grams of fiber a day, while omnivores only consume 23 grams per day. In other words, vegan diets usually have twice as much fiber.

Why is this important?

Fiber has many effects, and one is to regulate the speed of digestion, which impacts your blood sugar.

When you eat carbohydrates in particular, your blood sugar rises as it digests. 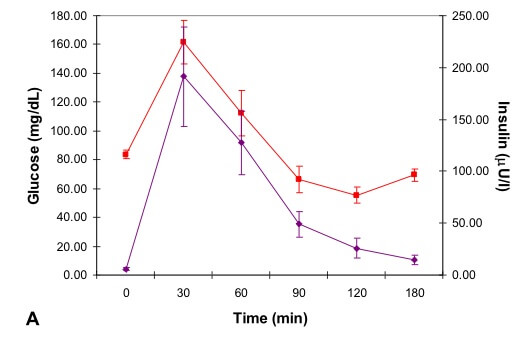 The bigger the peak and dip, the less stable your energy levels are.

When fiber is included in the meal, the digestion speed is more consistent, so there isn’t a giant peak right away. Instead, it’s a much more stable release.

This is why fiber is so important for people with diabetes.

Takeaway: Almost all vegan diets have more fiber in them, leading to more stable energy levels throughout the day (instead of crashing a few hours after a meal).

You can definitely be a junk food vegan who eats nothing but candy and ramen noodles. 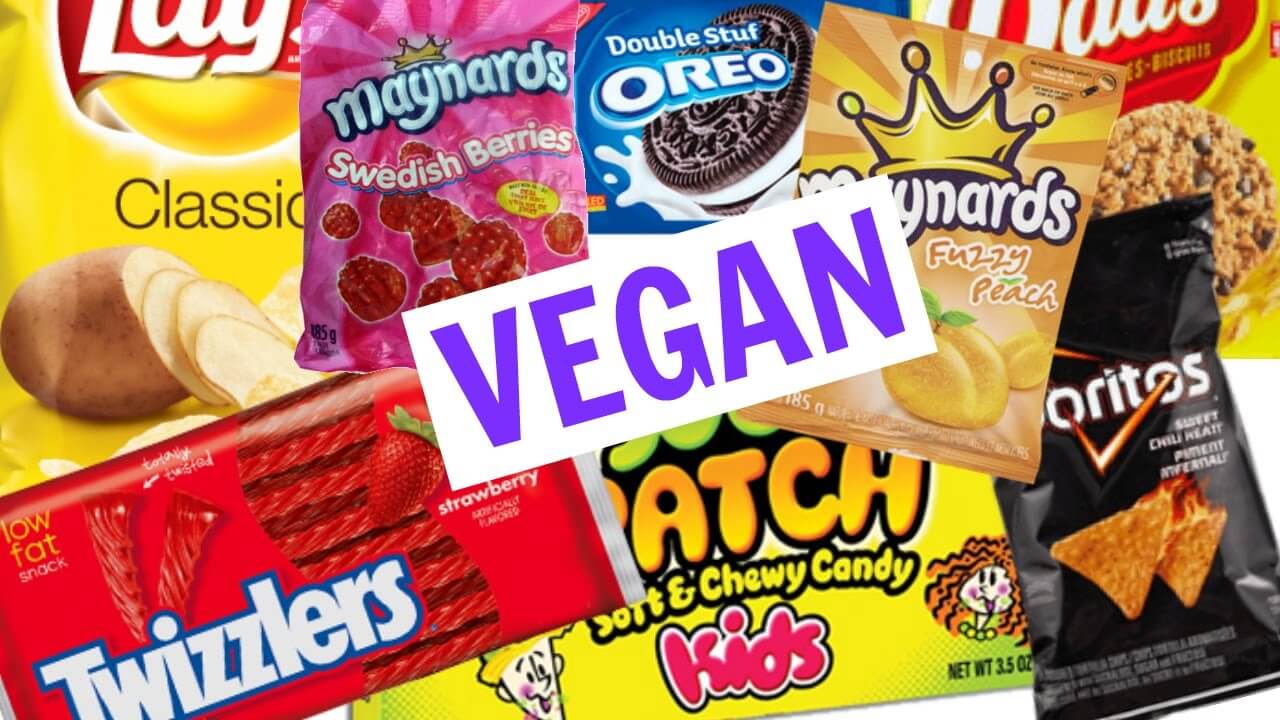 But the fact that you’re reading this means that you probably won’t become one.

Overall, most junk food that you’re used to eating won’t be vegan.

So when most people switch to a vegan diet, all of a sudden they eat a lot less junk than they are used to just because they can’t.

This reason only applies to people who go vegan for ethical reasons.

Speaking from experience, it’s hard to feel happy and energetic when you feel bad for eating animal products.

When you switch to a full vegan diet, all that emotional stress and anxiety goes away in an instant.

You become much happier, and more energetic as a result.

This won’t apply to everyone, but it will apply to a great deal of people who switch to a vegan diet.