In my search for the best vegan protein powder, I’ve tried about 40 different products.

Of those, very few use fermented protein.

It’s an interesting angle that Genuine Health has taken with this protein powder, and potentially a good idea for those who get gas or stomach problems from other vegan protein powders. 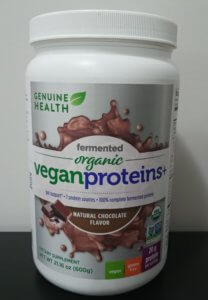 Has 7 different sources of fermented plant-based protein to make it as easy as possible to digest. Mixes perfectly and has a good overall flavor.

Is Genuine Health a Good Company?

Overall I would say that Genuine Health is a good company. It’s been around for over 20 years, and the founder has made inclusion and climate policies a big part of the company culture.

The only red flag is that their science team:

Naturopathy is pseudoscience, and the research cited by these “doctors” is typically garbage quality.

With that being said, making a protein powder isn’t rocket science and doesn’t need a team of actual doctors to make a good one, it just bugs me when I see things like that.

How Much Protein Is In Genuine Health Vegan Protein? 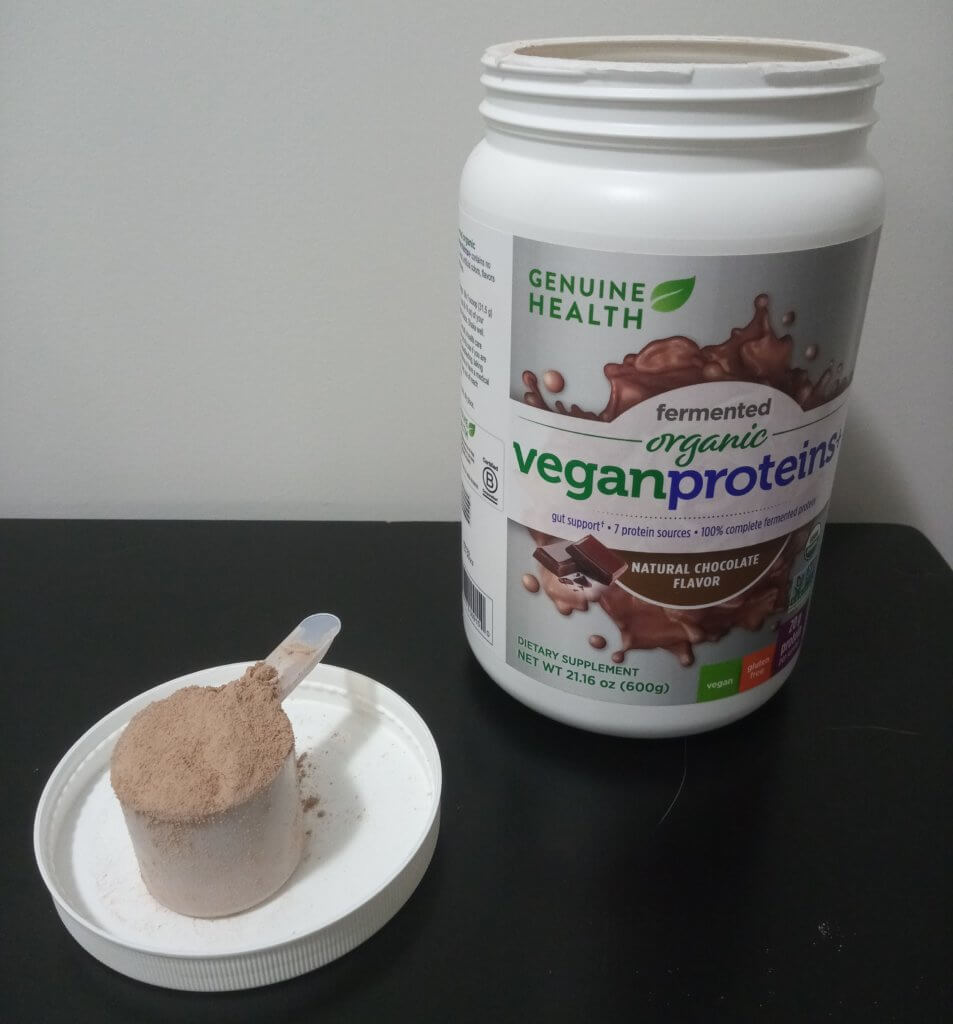 That means about 67% of calories come from protein, which is about average when compared to other vegan protein powders. 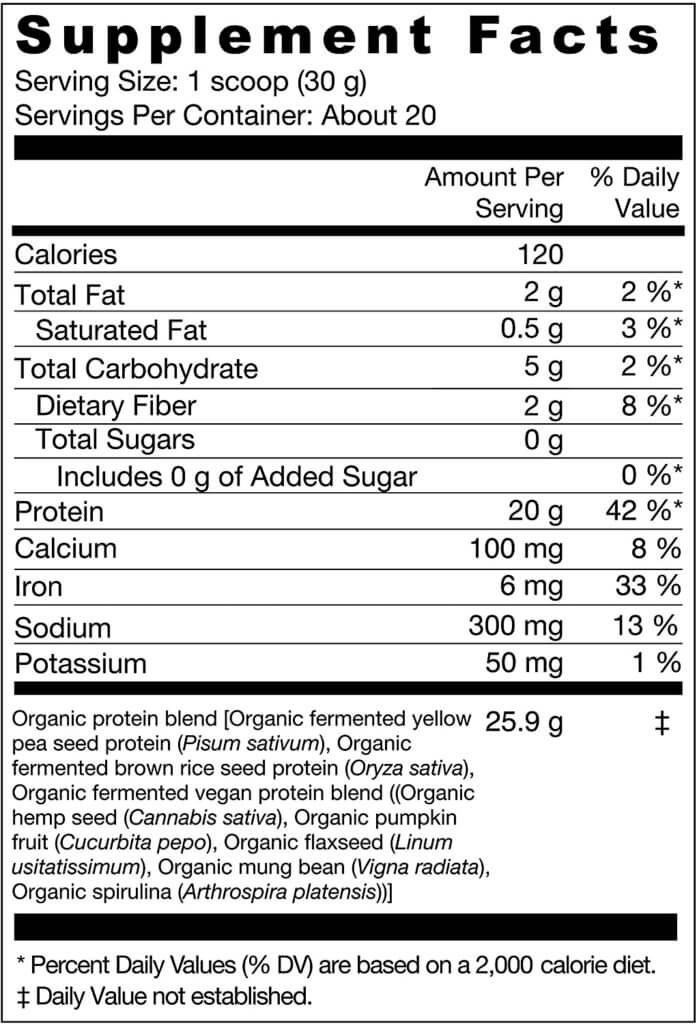 There’s also 33% of the daily value for iron. This is pretty common in vegan protein powders since they usually use pea protein, and peas are a good vegan source of iron. It’s nice, but you can get a similar amount in most other products.

The big thing that stands out about Genuine Health’s protein powders is that they ferment plant protein sources with non-dairy probiotics and enzymes.

This adds beneficial bacteria and makes them easier to digest. While I don’t score ingredient quality when I rank protein powders, I’ll note that this protein powder was very easy on my stomach.

Here’s the full ingredient list for the chocolate flavor:

You can see that there’s a protein blend of several protein sources: pea, rice, hemp, pumpkin, flax, mung bean, and spirulina. But the majority of that will be pea protein, which is pretty common.

It’s sweetened with stevia like most other vegan protein powders, and has xanthan gum as a thickener.

Genuine Health’s vegan protein powder has a very typical protein content and ingredients, except for the fact that the protein sources are fermented.

Is Genuine Health Expensive Compared to Other Vegan Protein Powders?

When a company does something extra like using fermented ingredients, it’s not surprising that it generally costs more.

When compared to all the other vegan protein powders I’ve tried:

In practical terms, it’s quite a bit more expensive than average.

Only 3 of the other protein powders I’ve tested are more expensive than Genuine Health. However, it still may be worth it if you’ve had stomach issues with other products. 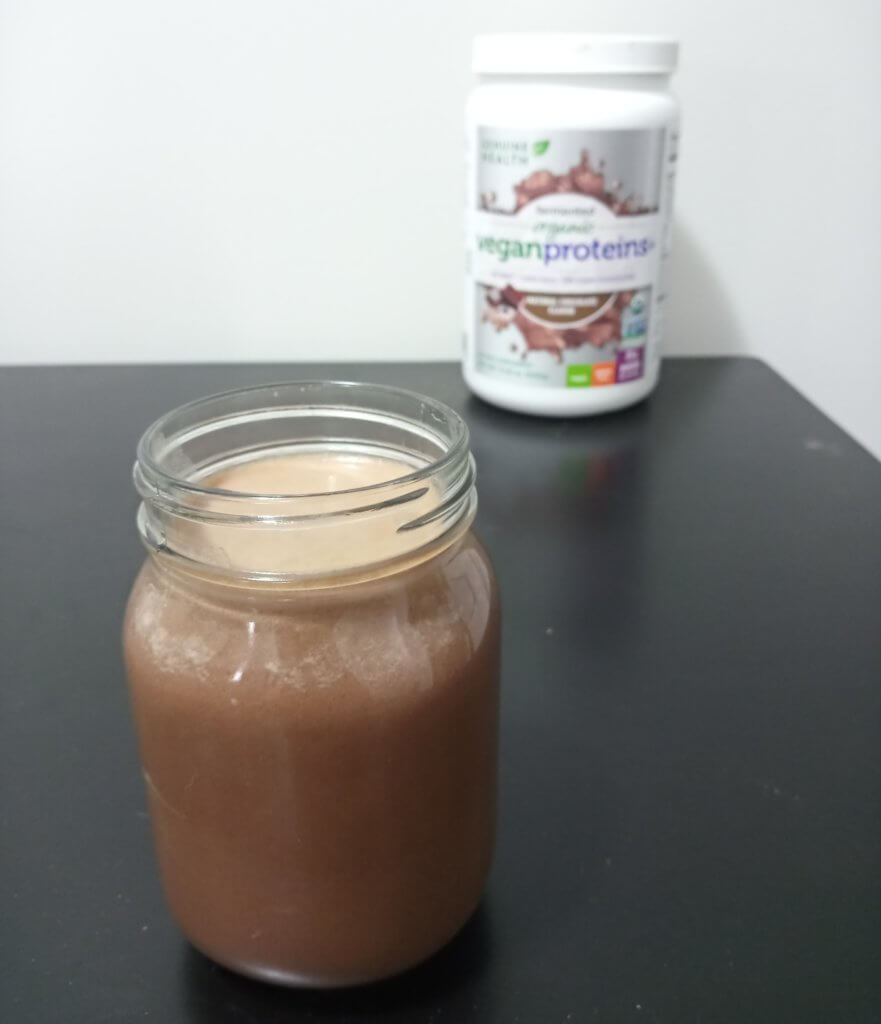 Arguably the most important aspect of a protein powder is whether or not it tastes good.

I rate each product I review in 2 ways regarding taste.

No one likes clumps in their protein shakes, they just have a gross texture.

To test mixability, I strain a protein shake through a fine strainer and measure the remnants.

In this case, Genuine Health essentially mixed perfectly, my scale did not register the microscopic amounts that were caught in the strainer, as seen below: 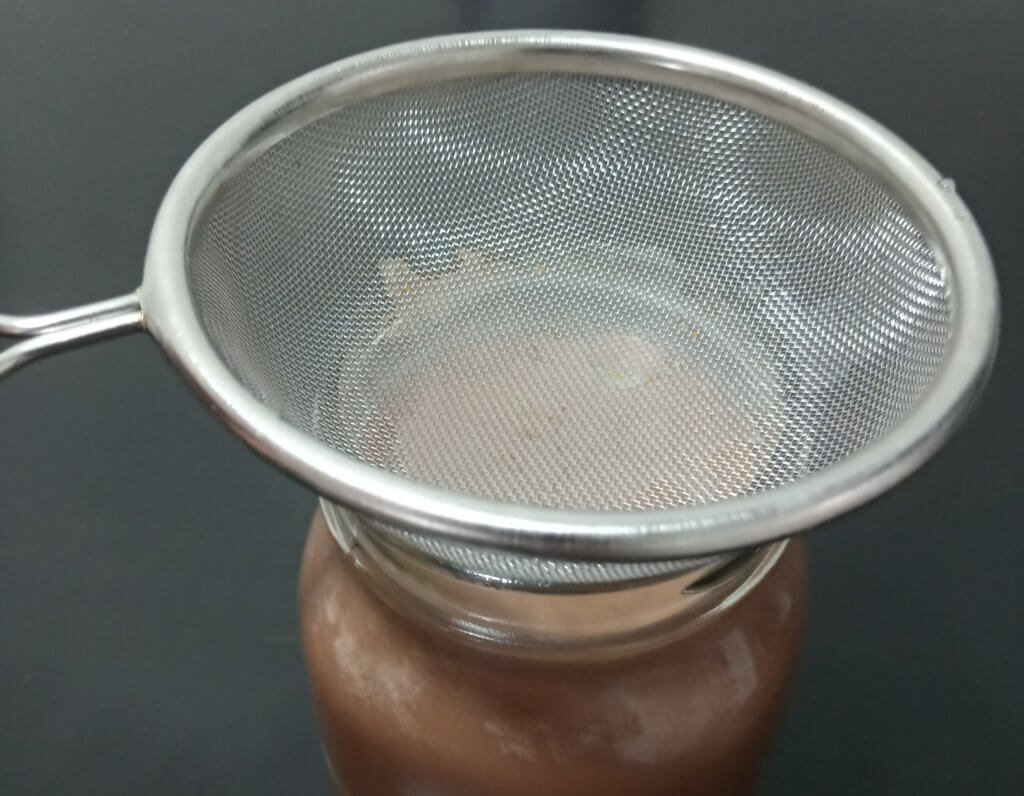 The other fermented protein powders I’ve tried up to this point have tasted pretty gross.

I was pleasantly surprised that Genuine Health protein shakes actually taste good. I rate it a 20/25, or 80% in terms of flavor.

So while it was good, it wasn’t perfect:

I’m impressed with the overall taste of Genuine Health’s fermented vegan protein shakes, they were much better than I thought they would be.

Let me quickly summarize the main takeaways of this review:

So if you’ve had stomach problems in the past with protein powder, I do recommend this one. However, if that’s not a big concern, then having fermented protein sources doesn’t make a huge difference and there are better choices in my opinion.