Palm oil – that stuff you find in tons of processed foods.

You get it by extracting oil from the palm fruit.

By the most common definition of veganism, palm oil is vegan. If you were looking for a simple answer, there it is.

However, many vegans do not eat palm oil, at all.

While neither of these are technically necessary to grow palm trees, they are common practice in the industry.

Palm oil might be the greyest area in the world of veganism.

I’ve been on both sides of this issue and have spent many hours reading about it before writing this post.

The conclusion I’ve come up with (spoilers) is that palm products are vegan. If I see someone eating something with palm in it, I’m not going to be thinking “that guy/girl isn’t vegan, call the vegan police!”.

However, I still personally don’t eat palm whenever possible, because a lot of the same logic that causes people to go vegan in the first place also applies here. 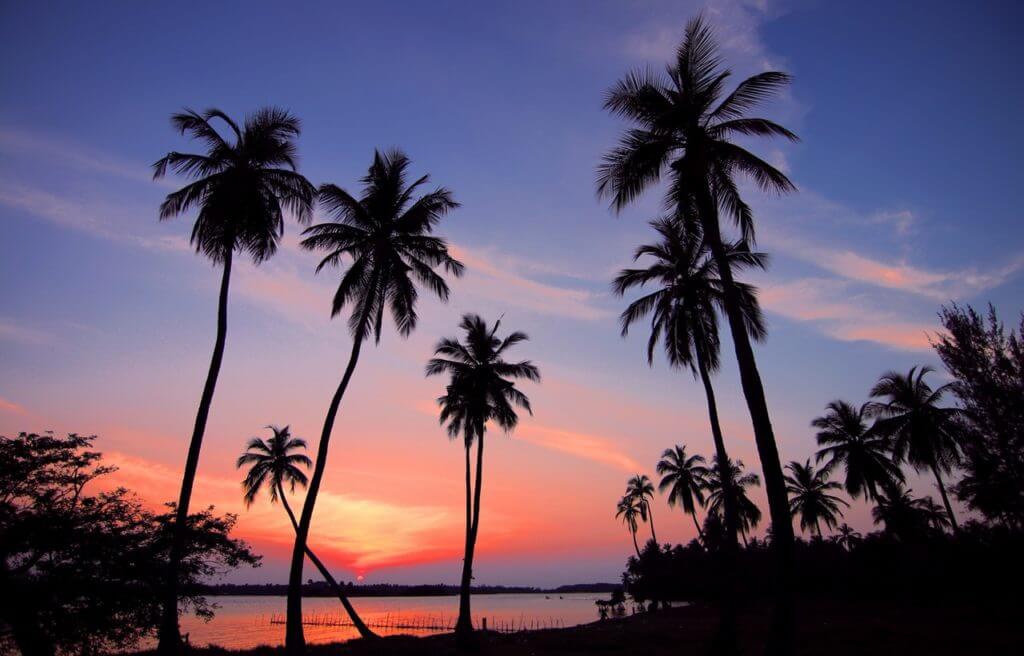 As a vegan, it’s normal not to want other people to suffer, even if cows and pigs are the typical animals that come to mind when thinking about veganism.

In a report by the International Labor Rights Forum, they found several human rights violation after visiting 3 palm tree plantations in Indonesia (in South East Asia, where most palm oil comes from).

Two of them really stand out to me:

To make this even worse, these were at Roundtable on Sustainable Palm Oil (RSPO) certified plantations. These are the “good” ones, which shows how bad the industry is.

While it’s definitely possible to grow palm trees without hurting animals, that’s not the reality of the situation.

The demand is so big, and the profits are big enough that poorer countries are destroying important peat lands and forests at an incredible rate to create more plantations. Keep in mind that most palm oil comes from countries in South East Asia, with these sorts of conditions.

Sumatra is an Indonesian island, home to some of the most endangered animals and critical ecosystems. It’s also where a lot of deforestation occurs to create land for palm trees.

Forests are burned, and animals die in them directly.

There have been numerous stories and videos of orangutans being beat and massacred by workers, sometimes forced back into burning forests.

I’m not going to embed any pictures here because they are heartbreaking. But if you want/need proof, just Google “palm oil orangutans” and go to the images tab and you’ll see exactly what I’m talking about.

This is the tricky part, because we have to consider the alternatives.

Veganism is typically about reducing animal suffering wherever reasonably possible.

One argument you’ll here in favor of palm oil is that palm is efficient to grow.

If companies that use palm oil switched to another oil, there might be even more animals killed.

And even if everyone boycotts palm, those poor South East Asian countries will still likely clear rainforest to plant dates or some other plants.

You have to ask yourself whether all this is a reasonable way to reduce animal suffering. Most would say it’s not reasonable, and that’s why palm oil is technically vegan.

Now you can still think supporting this industry is messed up and avoid palm yourself, I certainly do, but that goes beyond veganism in my eyes.

What About Sustainable Palm Oil?

The Roundtable on Sustainable Palm Oil (RSPO) was supposed to be the answer to unsustainable practices like the ones above.

However, there’s doubt over it’s effectiveness.

Even after it was pointed out that their standards left loopholes, no issues were addressed. Farms that are clearly unethical and unsustainable can still get certified by the organization.

Tim Killeen, a representative for Conservation International summed it up well:

The coordinator from the Center for Orangutan Protection also added:

However, that was a few years ago.

And with that being said, RSPO certified sustainable palm oil is better than uncertified palm. They appear to be making slow progress, and people who have worked in the palm industry say while RSPO isn’t perfect, it’s significantly better than the alternative.

Rainforest Alliance is another specific certification body for sustainable palm products, and appears to be one of the better ones. Most other certification other than those 2 (they’re the biggest) typically don’t mean much and are just greenwashing.

So try to look for that at least if you’re conflicted about palm products.

Let me sum up where most vegans stand on this complicated mess:

So to answer the original question of whether or not palm oil is vegan.

It is vegan, but many vegans don’t eat it. Unfortunately, it’s in an incredible amount of snacks and packaged foods, from donuts to pop tarts.

It’s nowhere close to as bad as animal products, but is still a industry with common unethical practices.

As a side note, the majority of palm is used for animal agriculture, so by going vegan in the first place, you’ve reduce the amount of palm produced on your behalf by a large amount.