I’ve seen a few people try to argue in favor of catching and releasing fish being vegan.

But the answer is always the same – it isn’t (although it would be pescetarian).

Being vegan is about reducing the suffering you cause as much as possible.

When you hook a fish, and then take it out of the water, even briefly, it suffers.

There’s not much more to say. Does a fish feel too much pain from a single hook? Probably not, but it’s still pain and suffering. There’s no wiggle room here.

One way to think of it is what if hunters simply chased down animals and gave them a good kick. Most animals would be “fine” afterwards, but it’s quite obvious that you would have caused the animal stress and perhaps minor injuries.

If you still want to enjoy fishing, or the fishing environment that you’re used to, you do have a few options that are actually vegan.

Alternatives to Fishing For Vegans

The best substitute is to use a vegan lure (Update: the store that used to sell them closed down, I’ll update this page if I can find a new store). You might be able to make your own if you’re handy using something like a cat toy that has holes in it. 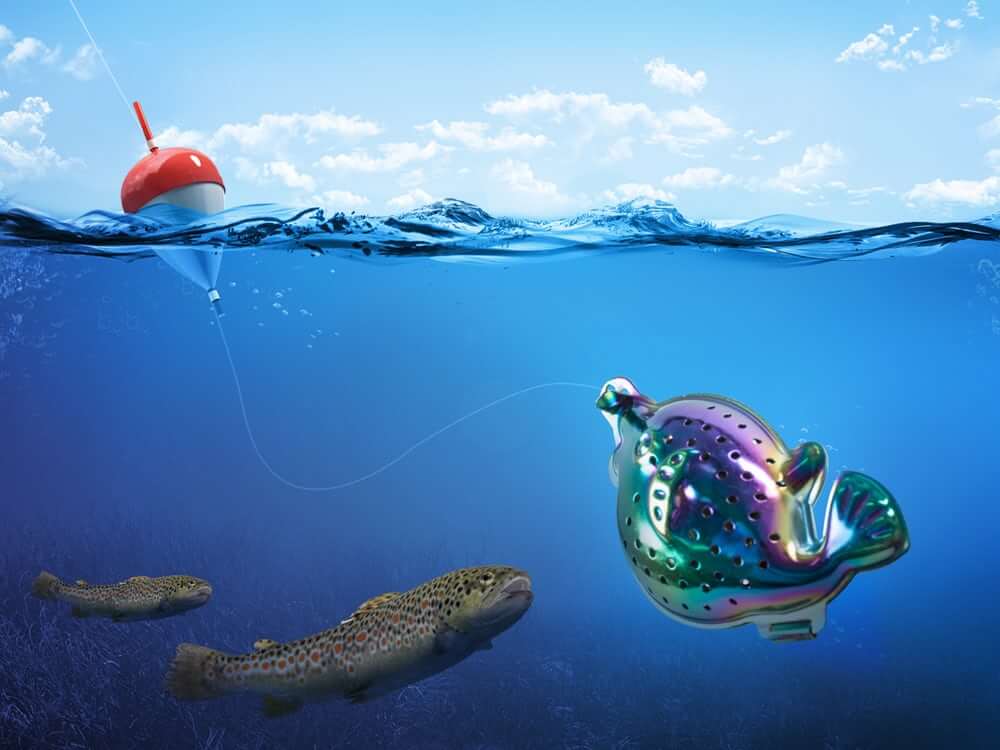 There’s no hook and you don’t actually catch any fish.

The lure is filled with fish food which will attract fish up to your rod. It lets you enjoy all the other aspects of fishing and you still get to see fish up close.

Or, if you still want to reel in something, try magnet fishing, which lets you pull metal trash out of water.

Relaxing, challenging, and you’re actually doing something good for the environment. There’s even a subreddit for magnet fishing if you’re looking for a community to join.

Finally, if you fish more to see nature and relax, consider going boating and taking pictures of animals you see instead.

What If You Fish to Eat Them?

Some might argue that the least cruel way to eat fish is to catch them in the wild.

And while that’s true to some extent, fish still don’t want to die and suffer while doing it.

If you feel that you can’t be vegan without seafood, consider the many vegan seafood substitutes. More and better ones are being made all the time.