A little while back I had a bad cold and I was in desperate need of throat lozenges. I prefer them over cough medicine.

But when I went to a local pharmacy, I found out that many popular cough drops are not vegan.

As a result, I’ve put together this page to help you quickly find a vegan option so that you don’t have to waste time reading the ingredients in a store.

Common Non-Vegan Ingredients to Watch Out for In Throat Lozenges

I’ll go over which of the most popular lozenges are and aren’t vegan in a second, but first, here are the main ingredients to look out for if you’re looking at ingredients labels yourself: 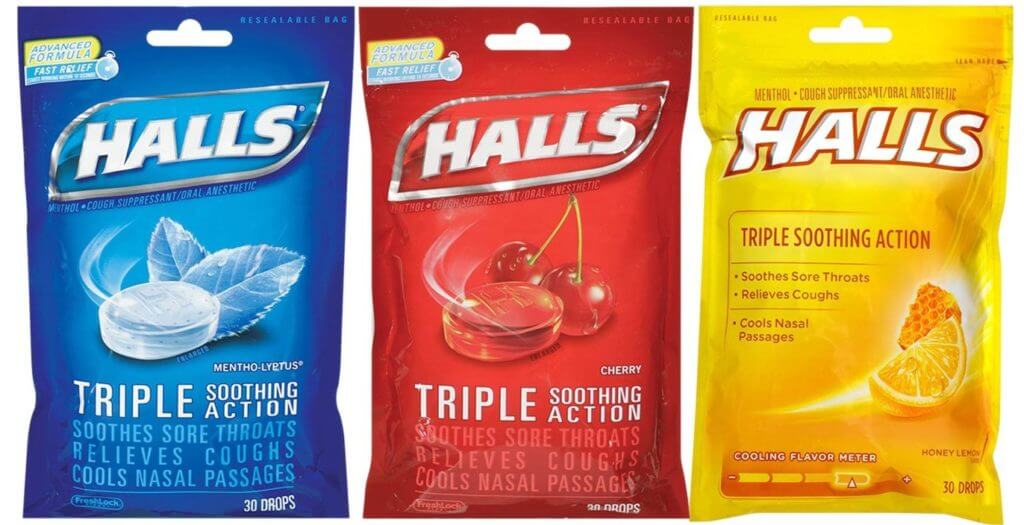 If you consider artificial colors vegan-friendly, then almost all Halls would be vegan.

If you’re a fairly strict vegan who avoids artificial colors, you wouldn’t consider most Halls to be vegan.

Here’s a summary table of potential non-vegan ingredients in each flavor:

If you’re a strict vegan, then only the Sugar Free Citrus Blend Flavor Cough Drops would be vegan friendly.

If you’re okay with artificial colors, just avoid the ones with honey, there aren’t too many.

I hadn’t heard of these before doing research for this post, it seems they are primarily a U.K. product, although you can get them on Amazon and a few other stores in other countries.

All flavors except Honey and Lemon appear to be vegan with no controversy.

While most flavors have either glycerol or lecithin in them, 2 ingredients which can come from either plant or animal sources, all those products also state that they are “suitable for vegetarians.”

This is a clear indicator that the glycerol and lecithin come from plant sources (the lecithin is even specified as sunflower lecithin). 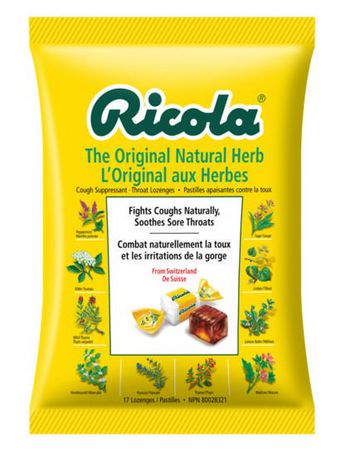 Ricola seems like the best option for vegans that I’ve found so far.

All their products are made in Switzerland, so even though there’s sugar in most of the flavors, you don’t need to worry about bone char (that’s almost entirely a North America thing).

The only thing you need to watch out for is the honey.

In total, 6 of the 10 flavors are vegan-friendly for sure, which isn’t bad. 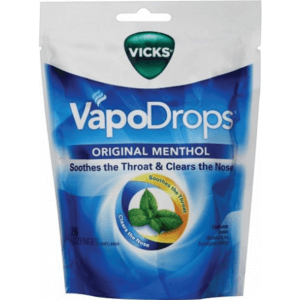 There are 2 main flavors according to Vicks’ website, both of which may be vegan.

The menthol flavor is probably vegan, but I can’t say for sure. Some caramel is vegan, and some is not.

As far as cherry goes, it once again comes down to if you’re okay with artificial colors or not.

Refer to my notes near the top of this page about artificial colors and animal testing if you’re not sure why some vegans avoid them. 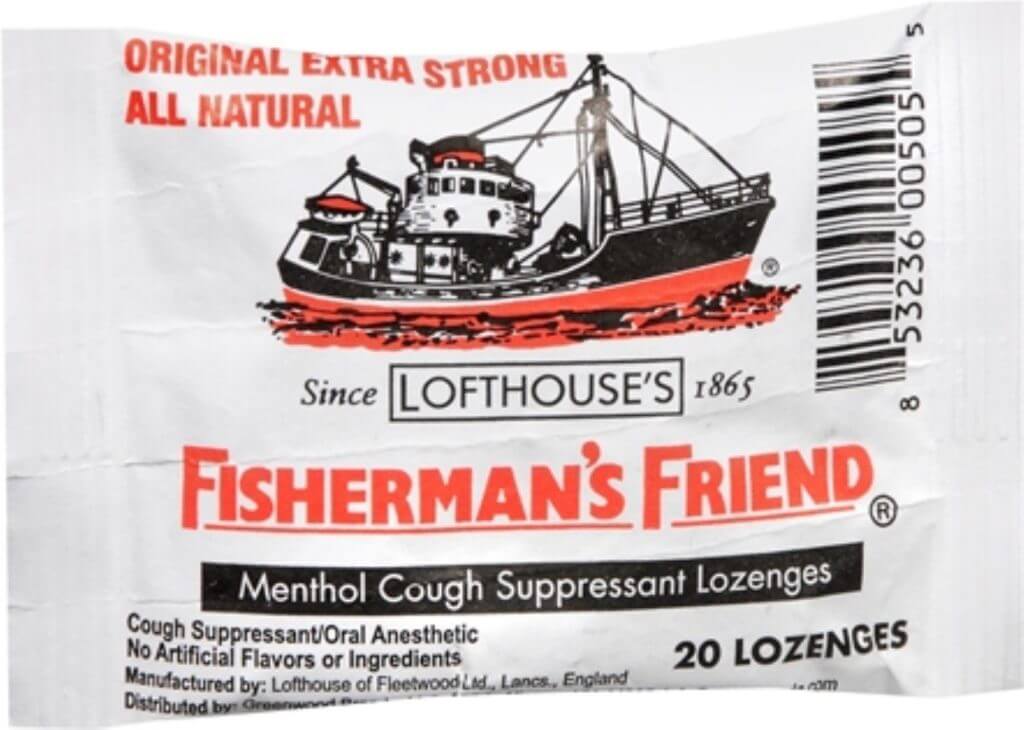 In one word: Yes!

Here are the 3 main flavors and ingredients in them:

The only potential non-vegan ingredient is the magnesium stearate in both the cherry and mint flavors.

According to Fisherman’s Friend’s FAQs however, all their cough drops are suitable for both vegans and vegetarians, which means they almost certainly use a plant-based magnesium stearate.

If you want to be 100% sure, just stick to the original flavor, which is easy to find (here’s a link to it on Amazon), but I’d feel fine with any personally. 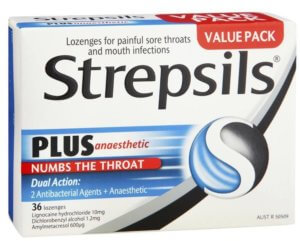 Strepsils are made in the U.K., which is probably why they use a different assortment of artificial colors.

Other than “indigo carmine” (which is blue #2), most of the colorings used in different flavors are much less common than the main ones used in animal testing (i.e. blue #1, red #40, yellow #5).

Nonetheless, all the ones below are still tested on animals (or at least were in the past). Still better than the worst offenders, but personally I would avoid. Make your own call here.

The only flavor of Strepsils that is clearly vegan is “cool lozenges,” which don’t have any artificial colors in them.

All the other flavors have artificial colors (or anthocyanins in the case of strawberry), which you may or may not be okay with. 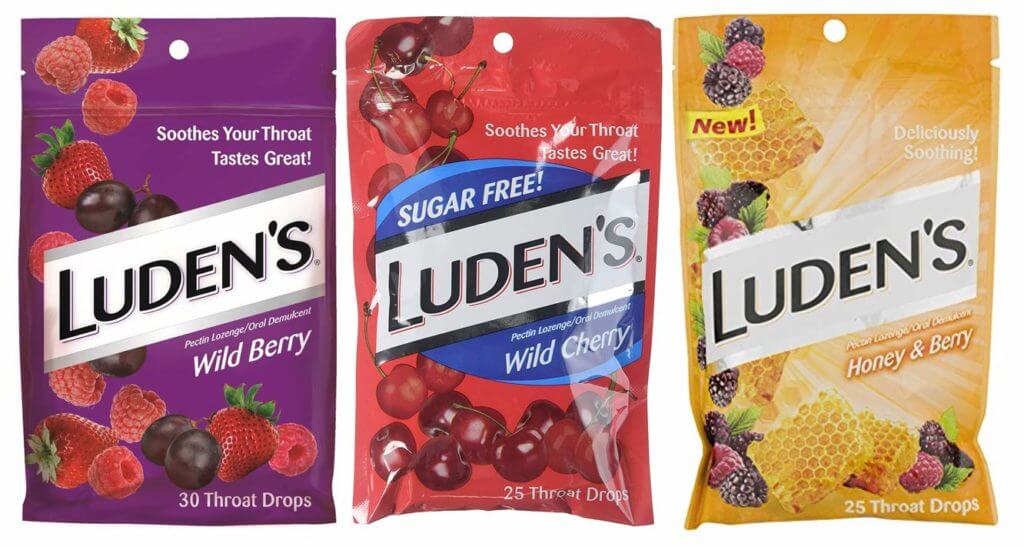 They have a wide range of flavors, some vegan, some not. So let’s break them down.

So if you’re okay with artificial colors, you have a lot of options.

If you’re not, the only option is the original one. Caramel color can be non-vegan (milk ingredients), but it usually is vegan friendly.

Summary: Look for These Vegan Throat Lozenges and Cough Drops

From the context of a vegan who wants a clearly vegan option, Fisherman’s Friends is your best choice, as all their flavors are vegan friendly.

There’s going to be differences of opinion on something like this, but you should have all the information you need here to make your own decision.