The short answer is that most balsamic vinegar is vegan, but some is not.

When it comes to ordering something like a salad from a restaurant with a balsamic dressing, you can feel pretty safe that it’s vegan.

To get into more detail, it depends on the specific type of balsamic vinegar you buy, and the ingredients used.

The same goes for other types of vinegar like red wine vinegar.

The 2 Types of Balsamic Vinegar 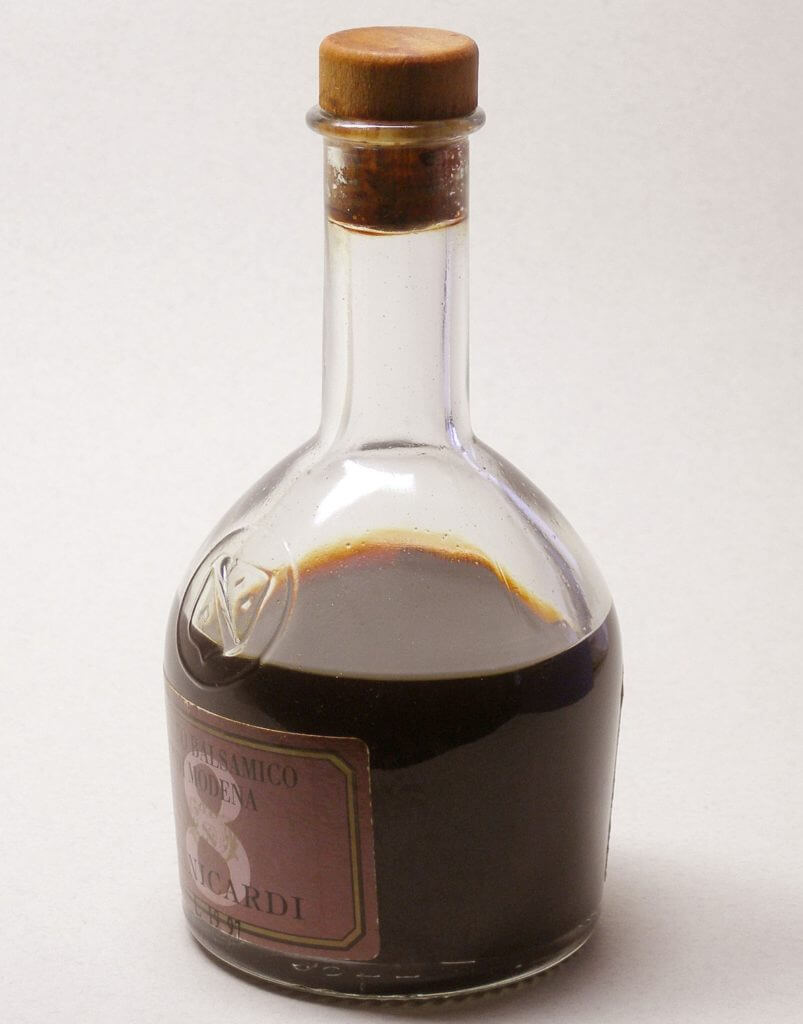 Generally speaking, there are 2 main types of balsamic vinegar, which will be clearly indicated in the name on the bottle:

The traditional kind is “true” balsamic vinegar and is vegan. It’s made from grapes being reduced and aged for several years.

However, it’s quite a bit more expensive, and most people can’t really tell the difference in taste between it and the modern versions (I’m one of those people).

The second kind is the cheap stuff that you’ll find in grocery stores.

It only takes a few months to make, and contains other ingredients like coloring, caramel, and thickeners.

Here’s the problem: Most of these are still probably vegan, but they rarely explicitly say so.

Let’s go through each of those ingredient types individually:

Most modern (cheap) balsamic vinegars are still vegan, but if the ingredients say “caramel”, you’ll need to contact the manufacturer if you want to be sure that it doesn’t contain any animal ingredients.

Summary of Whether or Not Balsamic Vinegar is Vegan

If you want to be 100% sure that your balsamic vinegar is vegan, then buy a traditional one that’s certified for several years, and doesn’t have any of those cheap ingredients in the ingredients list.

Yes, it’s a bit more expensive, but it should taste a little bit better as well at least.

If you buy the second type, the cheap balsamic vinegar, it may be vegan. But there’s a chance that it’s not. It’s up to you if you want to take that risk or want to contact the manufacturer.