The best source of omega 3’s that come to mind for most is fish.

That’s not an option for vegans, or most vegetarians, so it’s important to know which plant-based foods contain essential omega 3 and 6 fatty acids.

I’ll give you a brief background on why these types of polyunsaturated fatty acids are important to get in your diet, and then I’ve compiled a list of all the vegan foods with significant amounts of each omega nutrient.

All omega 3 and 6 fatty acids are polyunsaturated, meaning that they have more than one bond that is not saturated with carbon molecules. 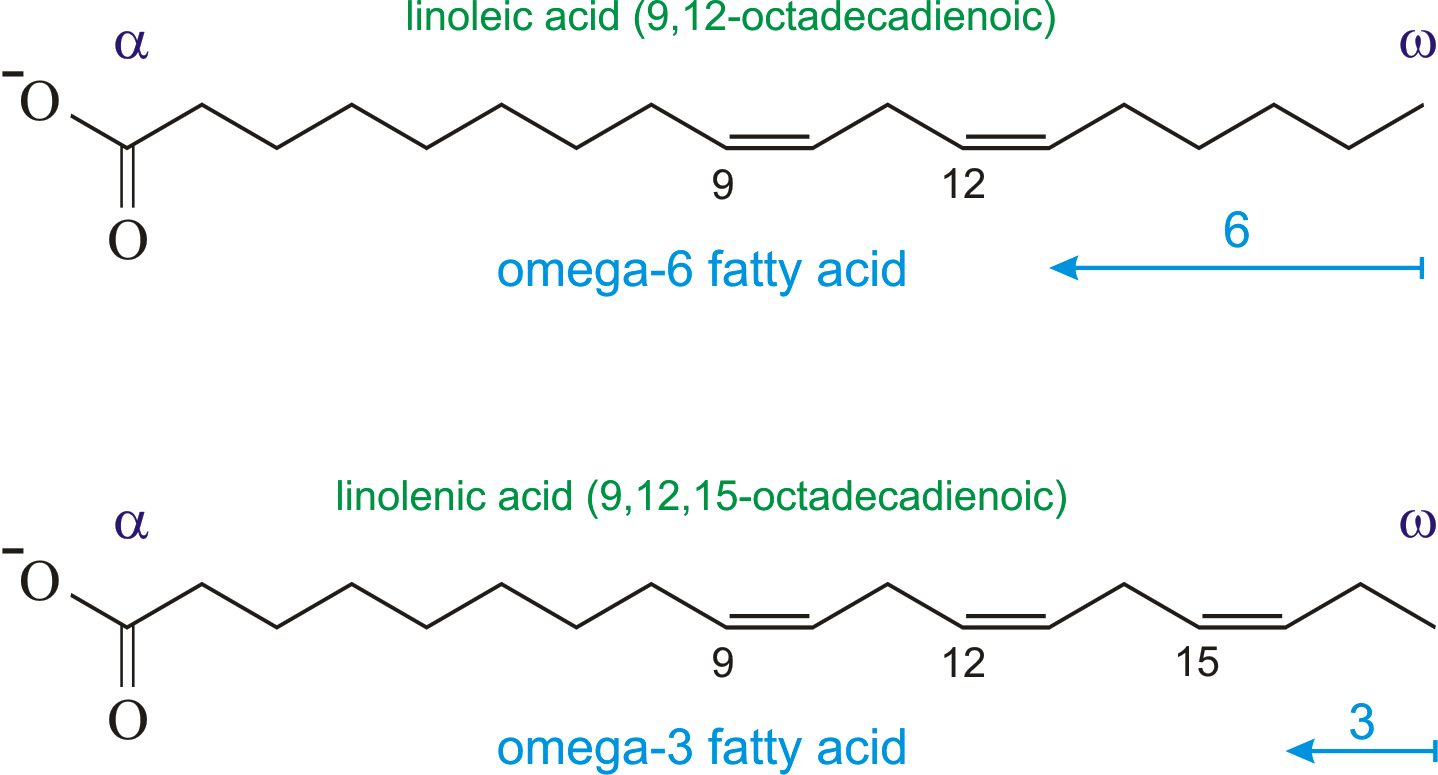 So, why are omega fatty acids important?

Here’s what they’re used for:

One last thing to mention is that research has shown that the amount of omega 3s and 6s isn’t necessarily the most important thing for health. Instead, the crucial element is the ratio between omega 3 fats and omega 6 fats.

Long story short, most research has found that you want a ratio between 1:1 and 1:4 of omega 3:omega 6 fats.

Daily Recommended Amounts of Each Type of Fat

In order for the numbers in the next sections to make sense, you should have a ballpark idea of how much of each fat types you should be looking to consume.

As I mentioned, the most important thing is the ratio between omega 3s and 6s.

Most nutritional agencies don’t have recommended amounts for these types of fats (especially omega 9s, which are non-essential).

The National Institute of Health recommends consuming between 1.1-1.6 grams of omega 3s per day for adults. This is in terms of ALA, which then will be converted to DHA and EPA.

In 2002, The Food and Nutrition Board of the U.S. Institute of Medicine recommended consuming between 11 and 17 grams of omega 6s per day for adults. That’s obviously not the correct ratio, and this is pretty out of date, so I’d recommend to ignore this, and focus on your omega 3 intake.

Almost all vegan sources of fats that contain omega 3 fats are primarily made of ALA (one of the main forms of omega 3 fats).

Note that algae has EPA and DHA (which is where fish get theirs), and there are vegan supplements that are made from algae sources. Take a look at my guide to the best vegan omega 3 supplements if you’re interested in supplementing.

One important note is that ALA converts to the more useful omega 3s (DHA and EPA) pretty poorly – around 10%. So aiming for the high side isn’t a bad idea.

One thing to keep in mind is that nuts in particular also have a lot of omega 6s, so I’d recommend trying to fit as much of the other options (chia seeds, hemp seeds, beans, etc.) into your diet as possible.

Beans and other legumes also have a lot of protein. Here’s a look at the amino acid profile of beans.

If you’re wondering how to incorporate more of these awesome plant-based sources of omega 3 fats in your diet, take a look at these vegan recipes high in omega 3 fats.

Most foods and data above came from Self Nutrition Data.

All foods and data came from Self Nutrition Data.

Omega 9 fats are important for health, but the body can manufacture them from other fatty acids.

I still think it’s useful knowing which foods have omega 9s in them, but unfortunately no major provider of nutritional information provides data on omega 9s. Most people just don’t care about them too much.

Based on my research into this topic, foods that are high in omega 9s are:

So you can see that it’s not too difficult to get, I just can’t find data that has the specific amount of omega 9 in each foods. I will update this page if it ever becomes available.

Remember that it’s all about the ratio between omega 3s and 6s.

Here are the foods with the best ratio of omega 3 to omega 6 (from best to worst):

Obviously the ratio doesn’t mean everything, since you probably don’t want to eat 10 cups of spinach a day, which will likely result in green poop. But it does tell you the best foods in general to try to regularly fit into your diet to get a good balance of omega 3 and 6 fatty acids.